What’s in a name? When it comes to Eufrat, the sizzling subject of this edition of HUSTLER Triple Threat, a whole lot of intrigue.

The first thing anyone thinks when gazing upon this stunning Czech export is, of course, Wow she’s really hot. The second thought is equally inevitable: Eufrat? What kind of name is that, anyway?

“I wanted to pick a stage name that no one else would possibly have. I like the idea of being one of a kind,” the natural beauty explained. “I came up with it when I was on vacation in Turkey. My friend and I traveled down the Euphrates, so I took that and shortened it to Eufrat. It makes sense that I’m named after a river because we’re both wet most of the time!”

That wasn’t the only personal tidbit that Eufrat dropped on HUSTLER readers; she also let it be known that she has a sex drive to rival any guy, and she has a fondness for both males and females. 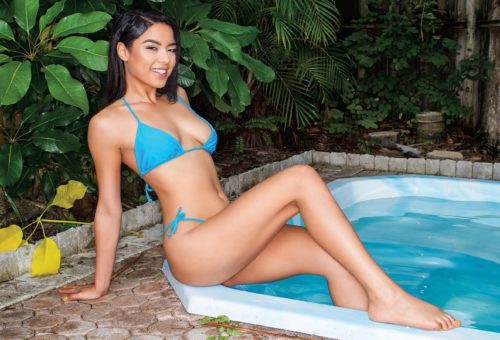