Curious about the world of ball torture? Brace yourself, because these crotch-crushing beauties deliver a real kick in the nuts!

I had the pleasure of interviewing two kinky torturers to find out what goes into smashing gonads and why men love it! Make sure to put on an athletic cup—things are going to get rough!

HUSTLERMagazine.com: How did you get into ball-busting?

Lily Lovecraft: When I was young, my mom told me how she used to be friends with a sex worker that would charge $300 to throw a grapefruit at a naked man. I remember thinking that was a dream job. I was also really into dark adult fan-fiction at the time. I started working at the legal brothels in Nevada about seven years ago, and that’s when I started stomping balls for money! But I found out about the fetish during my young years discovering my sexuality. 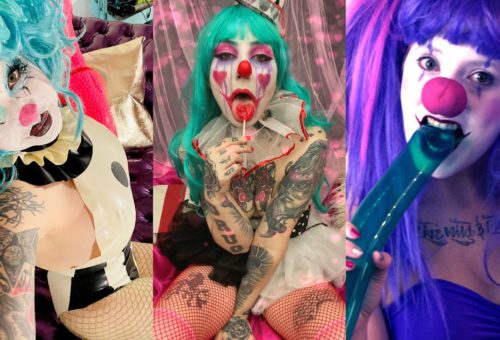