Science has determined that the popular dating app isn’t the conduit of casual sex it’s been made out to be. We take a swipe at some true-life tales from its users.

Unfortunately, it now appears that their efforts might have been in vain! New research has shown that, like a catfish trolling the online dating waters, the popular app isn’t what people think it is.

A new study published in Evolutionary Psychological Science found that using Tinder didn’t increase the amount of casual sex one has, and this discovery is probably no surprise to anyone who has actually used the app and wondered, Is the pretty girl I’m chatting with actually a Russian bot? (The answer could very well be yes, by the way.)

The study was co-authored by Trond Viggo Grøntvedt of the Department of Psychology at the Norwegian University of Science and Technology. His team surveyed 269 university students who used or had used Tinder. Of those polled, only 54 people said Tinder led to a one-night stand. That means that 80 percent of Tinder users never got casual hookups.

“I know I’m being a pig, but I just want sex so I don’t try to hide it. Most women ignore me or tell me off, but there’s always a chance that one will be down. I probably get a Tinder hookup at least twice a week.”

So what’s to blame for the dearth of Tinder-driven hookups? According to the study, scoring sex on the app isn’t as simple as swipe-and-screw. The research found that Tinder users need to rack up “a very large number of matches” before they manage to meet up with a relatively small number of those matches, and that the matches lead to “a very limited number of hookups or potential romantic partner meetings.” 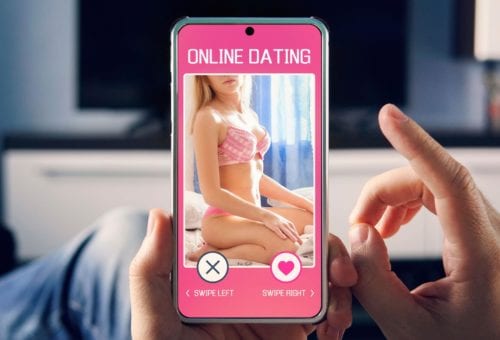