Sex workers face unique risks from the monkeypox outbreak and unique obstacles to vaccination. Thankfully, advocates are working to correct this dangerous situation.

On August 5th, 2022, the Los Angeles LGBT Center and PASS, a non-profit organization dedicated to the health and safety of workers in the adult industry, co-hosted a monkeypox vaccine clinic for sex workers in West Hollywood. I’m grateful to be among the dozens of sex workers who were vaccinated that day. As this summer’s monkeypox outbreak heats up, fear and insecurity simmer for sex workers all over the world, who face unique risks for monkeypox and unique obstacles to vaccination. This is not the first time our community has had to mobilize against infectious disease at the grassroots level, however, and advocates such as PASS are working to fill the policy gap left by criminalization, stigma and ignorance.

At this time, the Centers for Disease Control and Prevention (CDC) and local health departments in the United States are focusing on vaccinating men who have sex with men (MSM) in regions with high community transmission; this group currently comprises about 98% of confirmed monkeypox cases. Although it is an effective public health strategy to target resources to the most affected communities, it is critical to note that monkeypox is neither a “gay disease” nor a strictly defined STI. “This is a skin-to-skin contact [infection], potentially respiratory, although that’s certainly a lower risk than direct contact,” says James Bell, NP, Medical Director, Sexual Health Education Program Health Services at the LA LGBT Center as well as a PASS board member. “While many of the cases we’re seeing in our clinics are a result of sexual transmission, they’re not exclusively sexually transmitted. We need to dispel that and recognize that other folks can be at risk through skin-to-skin contact.”

Bell’s harm reduction strategies for sex workers include wearing masks in public; avoiding settings such as dance clubs that often involve skin-to-skin contact with numerous people; sanitizing surfaces regularly (refer to the EPA’s list of disinfectants for emergent viral pathogens); and washing fabrics such as bedsheets after sexual activity. For the general public, minimizing sexual partners is the guidance, but “for sex workers, this is livelihood, this is income, so that may not be feasible advice for someone in the industry,” says Bell. He recommends checking sexual partners in good lighting for suspicious rashes or lesions. “I know that can be a little tricky…but if something doesn’t look right, take pause to evaluate that,” he cautions.

Using condoms and otherwise engaging in safer sex practices is advised by Bell, as monkeypox has been detected in the semen of infected individuals. In addition, taking a short health history from sex partners can help with screening. If a potential sex partner has been sick with flu-like symptoms in the past week or so, reschedule with them if possible, as the onset of monkeypox is flu-like one to four days before the lesions form. Of course, if it is possible to reduce your number of sex partners, do so.

Prevention of monkeypox through vaccination is the single most powerful tool to protect sex workers, whose options for minimizing exposure are constrained by economic factors. Unfortunately, vaccine access has been lacking for those who are not MSM, but may still have intimate contact with MSM or otherwise experience above-average skin-to-skin exposure to other people, such as sex workers. Seeing this urgent need going unmet, Bell pitched a vaccine event for sex workers to the upper management of the LA LGBT Center, who unanimously agreed.

“On paper, some of these folks may fall outside of the parameters we’re trying to follow from the CDC; but we know that sex workers are not likely to know their clients’ sexual history; and we know that performers who do film work may have scene partners who cross over among straight, gay, bi or trans arenas,” Bell explains. “I think these are things that folks don’t traditionally think of if they’re not working with the sex work community or providing care to the community.”

Sex workers of any gender who missed the clinic day can still get vaccinated at the LA LGBT Center with the Jynneos vaccine (of the two vaccines used for monkeypox, Jynneos is considered to be the safer one that can be taken by people with skin conditions or who are immune-compromised). Those who are interested in being vaccinated can contact the Center for more information and to make an appointment.

Meanwhile, PASS has started a campaign called #GiveUsAShot to push for more inclusion of sex workers in the vaccine rollout. They’ve also curated a list of resources to assist sex workers and advocates in other parts of the United States and Canada with moving through this difficult, opaque system.

If you’re a sex worker who is panicking and you don’t know how to get a vaccine, you can also try contacting your local public health department or a clinic offering monkeypox vaccination in your area, but your mileage may vary. “It’s rough. I don’t want to pretend that it’s an easy process or that folks will have success everywhere,” says Ian O’Brien, executive director of PASS. “What’s happening with the vaccines is the CDC is distributing them to high risk areas…supply is being dictated at the state and county level.” His advice to vaccine seekers is to look locally, but manage expectations, particularly if community transmission in your area is low.

At the same time, O’Brien says that policymakers need to think globally. “Infectious disease is always a global issue. We have known about monkeypox since 1970. It’s been spreading from time to time in central Africa,” he says. “If we had actually prioritized initial spread in central Africa and taken care of those folks, then this wouldn’t be a problem globally.”

There are 17 million doses of the vaccine currently available in the world and the United States owns 15 million of them, but only 2 million have been put into a usable form. “What we need the United States to do is both make more of those vaccines usable, as well as make them more available to other countries,” O’Brien asserts, specifically naming the CDC Director of HIV Prevention, Dr. Demetre Daskalakis, as a key figure to watch in the coming months. In early August, Daskalakis was appointed by President Biden to coordinate monkeypox response at the CDC. “He’s been a longtime advocate for the queer community, for sex workers,” O’Brien says. “We are hoping he will prioritize us as a community for further response.”

After the vaccine clinic, seeing my friends’ and colleagues’ band-aid selfies set my mind at ease. Sex workers are widely perceived as a threat to public health, as “vectors of disease,” but in reality, sex workers are public health leaders. Our community has an advanced understanding of infectious disease response compared to the general public, and our advocacy is consistently two steps ahead of the government. For many people, the COVID-19 pandemic was the first time they were abandoned by public health institutions. For sex workers, it’s same shit, different day. Particularly in an era when many people in the United States consider it  almost taboo for the government to take drastic action to protect public health, we keep ourselves safe.

Check the CDC’s website for more information on signs, symptoms, prevention and treatment of monkeypox. 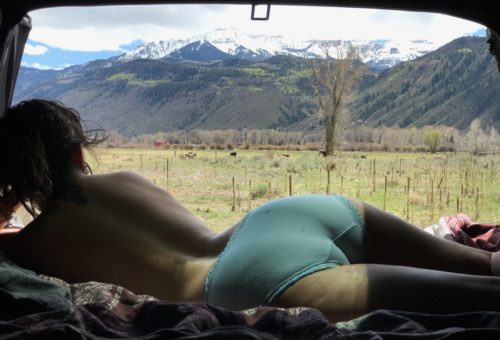 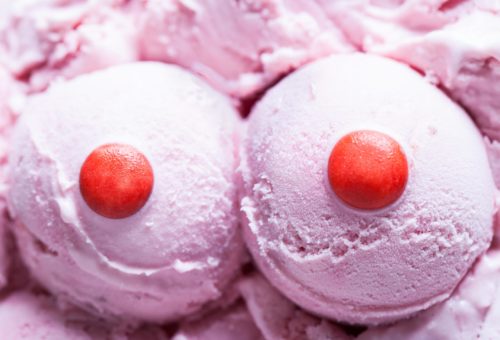 The Business of Pleasure: How to Succeed in Sex Work (by Really Trying) 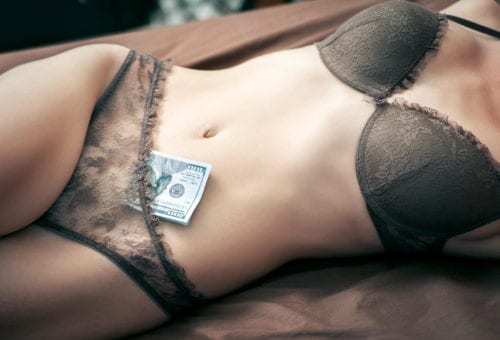