Horror tales have always been among the most sensuous of storytelling genres. Therefore, it is natural that sex is often considered part and parcel of the genre.

Some of the most gratuitously sexy horror films were produced in Europe in the ‘60s and ‘70s. Among these, the Italian subgenre called giallo is fondly known for its heavy saturations of both gore and nudity. Diabolik Films filmmaker/writer Phil Mucci, who is a big fan of giallo movies, has spawned a graphic novel series from this inspiration that is equal parts sexy, horrific and zany. The wonderfully illustrated misadventures of his lead character, Professor Dario Bava (whose name is a hybrid of two giallo directors, Dario Argento and Mario Bava), are as imaginative and sublime as the best giallo offerings.

Mucci recently spoke with HUSTLERMagazine.com to explain how he came to create his colorful protagonist and the extent to which Bava’s mission resonates with the real people of the Earth.

HUSTLERMagazine.com: What is the appeal of European horror flicks of the ’60s and ’70s, and what are some of your favorite filmmakers and films of that era?

Phil Mucci: The reason it’s big for me, I think, is just my age; when I was young, there was Creature Double Feature, there was Chiller Theatre… a lot of Hammer [Film Productions] horror, which I loved. I’d say The Vampire Lovers—Roy Ward Baker is the director on that…that one I saw too young, probably, and totally warped my mentality, and I loved it. It stuck with me, and I kept watching it…and Russ Meyer’s Beyond the Valley of the Dolls, which isn’t really horror, but it’s insanity… And I love the outfits—like the ‘60s and the ‘70s, that world. Nothing else ever looked like that again. It’s so unique, visually, in terms of the wardrobe, the hairstyles, everything. 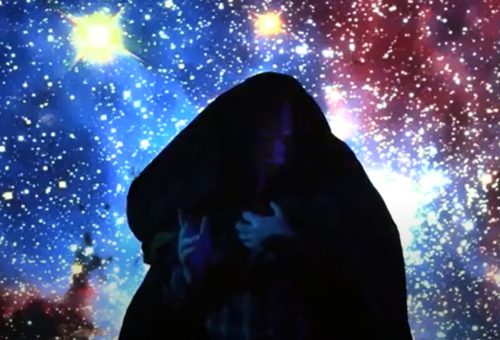 Radiotheatre: A New Twist on Horror