Genre entertainment (be it horror, sci-fi, fantasy, etc.) is frequently used as a simple gimmick. For example, anyone can write a horror novel or shoot a horror film; that’s why there are so many terrible ones on the market.

But when it comes to quality entertainment, genre works as a mask for storytellers to address social and political issues in colorful ways. Thus, Trekkies know that, for every sexy alien that Captain Kirk fucks, there is also a morality play or political statement about racism, war, foreign policy, totalitarianism, etc., occurring within that episode of Star Trek.

The crew behind the popular comic book Money Shot has taken that dynamic to the next level.

Money Shot takes place in the year 2027. The story revolves around the misadventures of Christine Ocampo and her fellow scientists, who cannot get funding for their projects, so they start an online porn site for which they shoot scenes with one another and with members of various alien species to raise capital. Within this framework, Money Shot writers Tim Seeley and Sarah Beattie jab at a number of timely issues, including our current anti-science Presidential administration, the entertainment-addicted public, crowdfunding and relationships. In a nutshell, Seeley and Beattie have managed to squeeze a smart and moving storyline into a raunchy sci-fi comic book, which is beautifully drawn by Rebekah Isaacs, colored by Kurt Michael Russell and distributed by Vault Comics.

On the eve of the release of Money Shot issue #10 (out now), which concludes the book’s second story arc, HUSTLERMagazine.com spoke with Seeley and Beattie about the origins of their brilliantly twisted brainchild and the place of a well-written, naughty, sci-fi comic book within the annals of quality genre fare.

Let’s start with the basics: Seeley has written, drawn and created many well-known comics over the years (he’s also the new managing editor of Heavy Metal magazine). Beattie, meanwhile, is a comedy writer who has worked in television and entertains a mighty following on Twitter and Instagram. (Check her out @nachosarah.) “I started writing jokes on Twitter and for comedy friends, then I was a contributor to SNL’s ‘Weekend Update’ for a few years, and worked on a comedy show in the UK and various other random stuff,” Beattie offers. “Now I write comic books about aliens fucking. My family’s still holding onto the hope I’ll become a doctor one day.” 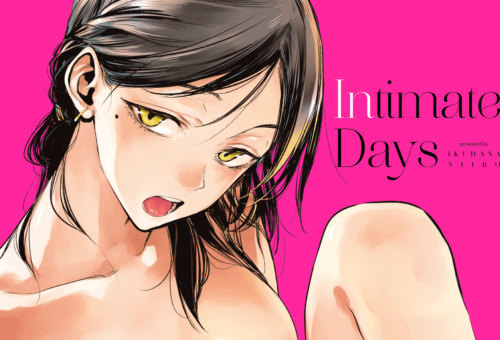