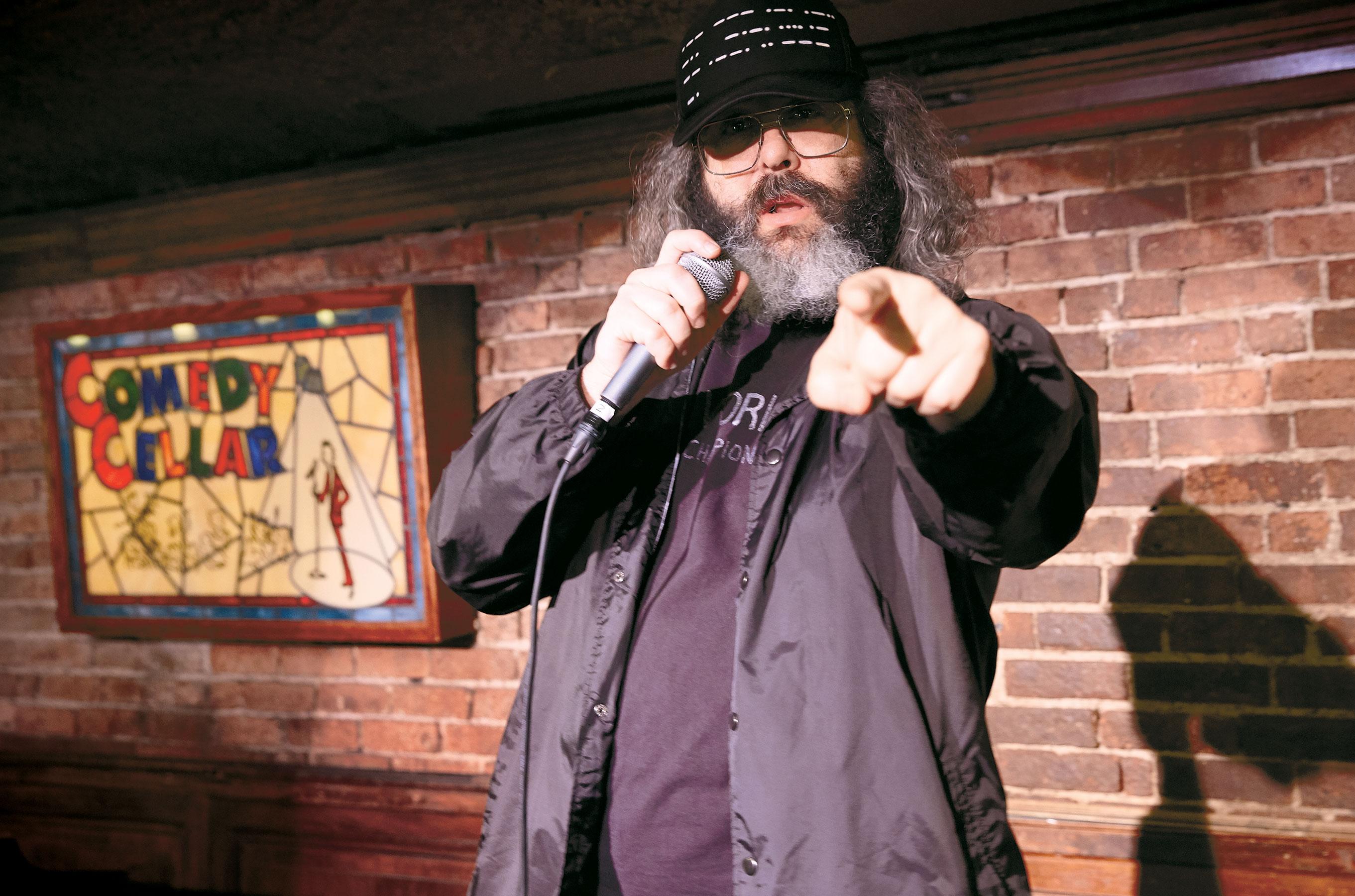 The man who calls himself World Champ has always done things his way. Judah Friedlander has written cartoon and karate books, starred on 30 Rock and in movies—with roles ranging from Sharknado 2 to Star Wars: The Force Awakens—and always, always done stand-up. HUSTLER catches up with the talented comic to discuss his Netflix special, America Is the Greatest Country in the United States, and the importance of wearing a quality trucker hat.

HUSTLER: You started out as an artist?

JUDAH FRIEDLANDER: My parents weren’t big on me sitting around watching TV, so it was always either go outside and play or make something. Sometimes we’d go to my dad’s job, and he had these big rolls of industrial brown paper, probably a foot or two wide. He’d just tear some off and go, “All right, guys, draw something.” I remember as a little kid seeing my dad reading the paper, and he’d be yelling at it or laughing, and I’d go, “What’s that?” It would be some cartoon, and even if I didn’t always understand what was going on, I loved the drawings. So when I was 10 or 11, I started doing my own political cartoons. And when I put out a book of drawings a couple years ago, If the Raindrops United, I included one from when I was around 11. It was about Lech Walesa, the Polish rights worker. You know, fun stuff, kid stuff.

One of your most iconic acting roles was in American Splendor, about the great cartoonist Harvey Pekar. You’re completely unrecognizable in that movie.

Harvey’s comics were about the mundaneness of life. He would do one about someone waiting in line at a store. That would be a whole comic strip, so the opposite of superhero stuff. I played Toby Radloff, a real nerd, who worked with Harvey. Harvey had a job at the VA in Cleveland, I think as a file clerk, and Toby was a file clerk too. Very odd guy, interesting guy, very nerdy but like a real nerd, not a hipster nerd. He was socially awkward and kind of an outcast. I had to really change my look for that, cut my hair, straighten it, lighten it, and then I had to talk like Toby, walk like Toby. I had tapes, and I’d been studying him for all the physicality stuff, but the night before filming began, he told me his whole life story, and that really helped me get the psychological/emotional side of him.

Were he and Harvey on set for filming?