The actor and comedian discusses the enduring legacy of his breakthrough film, his history with HUSTLER and on-set romance.

In 1996, Scream revived the then-dying genre known as horror or slasher movies. The gory flick featured a young and beautiful cast of future stars including Drew Barrymore, Neve Campbell, Courteney Cox, Skeet Ulrich, David Arquette and our pal Jamie Kennedy, who played Randy in the Scream franchise. To mark the 25th anniversary release of the original film, we caught up with Kennedy over Zoom to discuss Scream’s lasting power and sex—or lack thereof—on the set.

JAMIE KENNEDY: What is my first?

I believe it is a little publication called Men & Horses.

I do subscribe to Men & Horses. Are we going to use clips from this online? Because behind you I see a beautiful bedspread from the ’80s. Are you about to shoot a scene? [Laughs.]

You have a history with HUSTLER and our founder Larry Flynt. 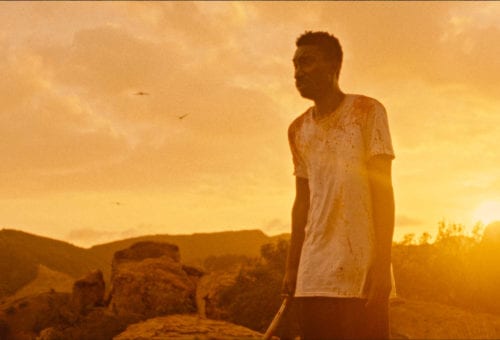