These days, Ian Parkin’s art is a well-known—and borderline pornographic—commodity. As one of the top tattoo artists in the United Kingdom, the owner of Inkslingers Tattoo in Newcastle upon Tyne crafts art that’s virtually guaranteed to offend churchgoing grandparents even more than tattoos already do, and people love him for it.

“When I was about five or six years old, where we lived in Sunderland was a real shipyard town and there were a lot of people who had tattoos,” Parkin recalls. “They were always the people who had a bit of money—the cool guys. While everyone else was at work, these guys were in the street with wads of cash, and they didn’t seem to be doing anything. That just kind of stuck in my head. It kind of got to the point where I was seeing everyone else working really, really hard for very, very little, and then there were these guys with their tattoos. They were obviously criminals, tough guys, and gangsters, but they were the guys walking around with fat money in their pockets who didn’t seem to be working as hard.”

The experience made an indelible impression on Parkin in more ways than one. As a young man, Parkin quickly began getting tattooed and hanging around shops. Eventually, that led to him being offered a job and honing his artistic abilities. Although it’s clearly worked out for him almost two decades later, the father of four sees his initial career move as being similar to becoming a stuntman, in that “you didn’t know how people got into it, you just knew that they did it.” 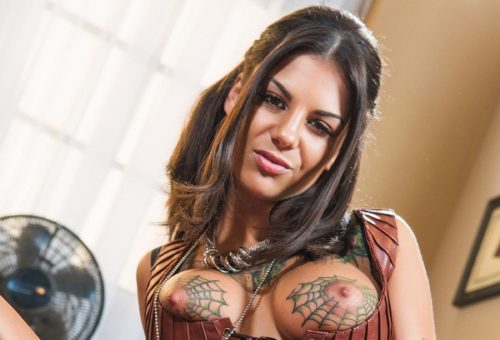