The October ’82 HUSTLER had no shortage of notable photo-spreads. There was Shirley, the issue’s 50-year-old Centerfold (who, readers were told, was a “prime example of how Father Time can gracefully lead a woman to middle-age beauty”). And Danielle, a brave frontierswoman who found herself consort with a real, 500-pound bear. (Don’t worry; as that issue’s Show & Tell column noted, the beast “was well trained.”)

And then there was “Gold Fingers,” a pictorial that was truly out of this world.

Find this article and more in HUSTLER October 1982 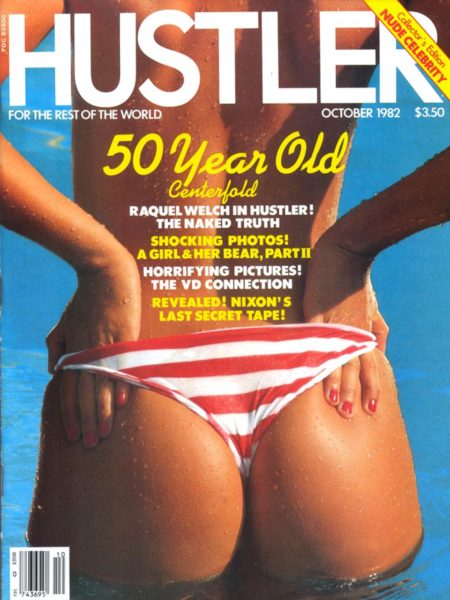