We’ve all heard the horror stories of social media users being booted from their favorite platforms for violating “community standards”—which sometimes appear to shift by the moment.

Facebook recently deemed that the formerly banned cover artwork from Led Zeppelin’s 1973 album Houses of the Holy no longer went against the company’s rules, and users were once again free to link to YouTube videos that showed the “controversial” art of Aryan-looking kids climbing the stones of Ireland’s “Giant’s Causeway.” (Full disclosure: This author was banned for a week for doing this.)

Normally, a short ban isn’t the end of the world…unless you’re an adult performer grindin’ and hustlin’ and tryin’ to make a dime promoting yourself and your brand on Instagram, the social-media networking service owned by Facebook. When that’s the case, a time-out or a deletion can result in a heavy financial blow.

A message posted to the APAG’s website spells out the discrimination that the union feels Instagram has been guilty of, suggesting that Instagram is willing to look the other way on flesh-baring posts when it is financially beneficial to do so. 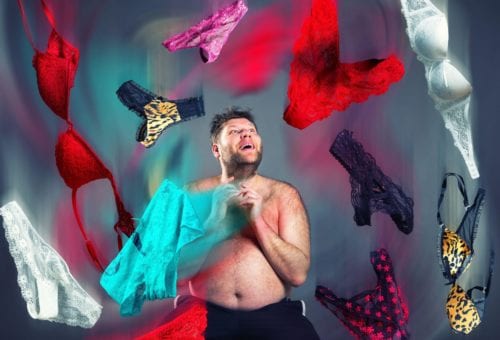