“Our body, our choice.” Conservatives like to use this slogan when it suits them—for example, to refuse life-saving vaccines. But when it applies to policing women’s reproductive rights, fuck autonomy, right? The GOP has been fighting the battle against a woman’s right to choose for decades, and this year they scored a huge win.

In May 2022, the nation learned that the Supreme Court intended to strike down Roe v. Wade, the landmark 1973 decision guaranteeing abortion rights at a federal level. Politico published the leaked draft opinion, wherein Justice Samuel Alito stated, “Roe was egregiously wrong from the start,” and the following day Chief Justice Roberts confirmed the opinion’s authenticity.

On Friday, June 24, Roe v. Wade was officially overturned by the Supreme Court, and as part of the majority decision, Justice Clarence Thomas wrote a concurring opinion urging his colleagues to consider overturning the landmark precedent cases protecting same-sex marriage, contraception and sodomy.

Though jarring, the news of the Dobbs v. Jackson Women’s Health Organization decision was not a surprise to those paying attention. Donald Trump appointed conservative Justice after conservative Justice during his term as President, as states slowly passed laws that made getting an abortion more and more difficult. Thankfully, not everyone is okay with the United States becoming the Republic of Gilead; millions have galvanized and are fighting back. Abortions have often been kept quiet, a secret to be closeted away. Yet one in four women in the United States will share that experience during her lifetime. One in four! Paramount to the fight for reproductive rights is the need to speak up and normalize the conversation surrounding abortion. Toward that end, HUSTLER interviewed four prominent comedians to recount their personal histories and explain why reproductive rights matter to everyone. These are their stories.

Megan Gailey is a stand-up comedian and writer. She has a half-hour special on Comedy Central and has appeared on Conan, @Midnight and numerous other TV programs. Megan actively speaks out about abortion rights, and this year she gave birth to her first child.

HUSTLER: When did you first decide to share your abortion story publicly? 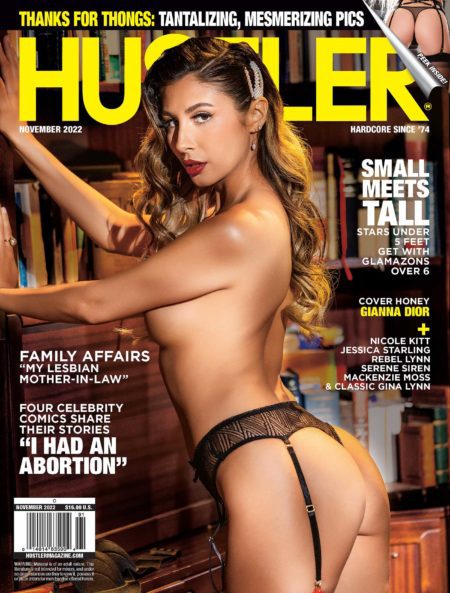