HUSTLER’s conflicts with the legal system have been well-documented over the decades, but the relationship between America’s Magazine and the authorities hasn’t always been adversarial. In fact, the August ’76 issue of HUSTLER offered a downright sympathetic portrayal of law enforcement. Or, at least, of the officers tasked with protecting the public on the streets.

The August ’76 issue greeted readers with a front cover that bore an image of a woman’s face peeking out of a box as she licked her lips and the message “Giving Head”—a teaser for that issue’s Sex Play column “How to Give Better Head,” an oral-sex tutorial administered by sex therapist Tuppy Owens.

The back cover, meanwhile, challenged readers to use their heads to reconsider certain perceptions of law-enforcement officers.

Find this article and more in HUSTLER August 1976 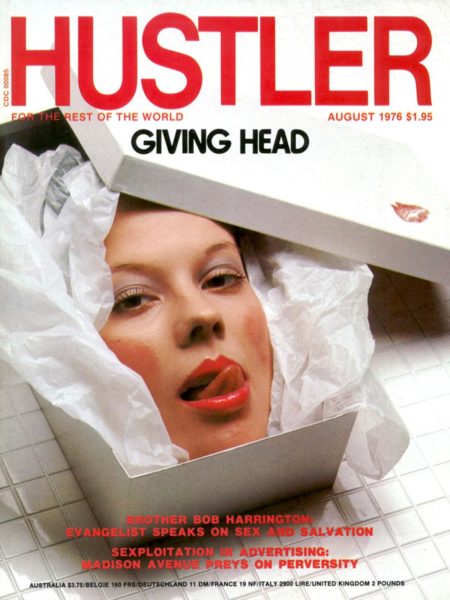