Typically, HUSTLER is in the business of putting Honeys on its covers, leaving the bunnies to that other men’s magazine. But the April ‘78 issue of America’s Magazine was a notable and dramatic exception to that rule.

As Easter loomed, HUSTLER weighed in on the increasing secularization of the holiday with a cover that surely had the more pious among us hopping-mad.

The cover of the issue, shot by photographer Frank DeLia, delivered a cotton-tailed twist of the pre-resurrection crucifixion of Jesus Christ, substituting a fluffy bunny for the Son of God on the cross, crown of thorns and all.

Find this article and more in HUSTLER April 1978 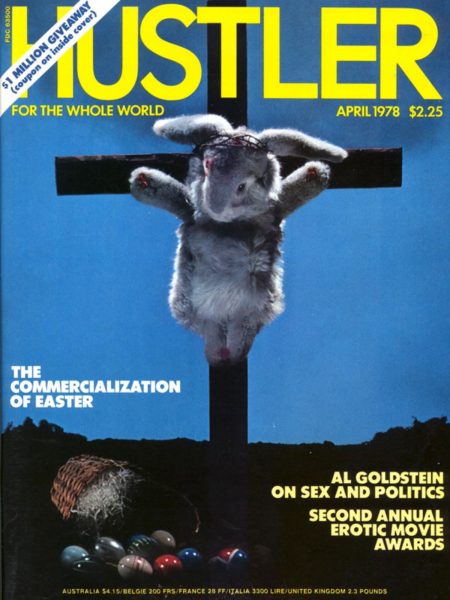