During her career as a model and actress, Anna Nicole Smith was primarily known for her work in front of the camera; but, in 2003, she took a crack at applying her talents on the other side, resulting in a work that involved two hot chicks, a couple of sex toys and a lot of spilled milk.

We’re guessing that nobody cried over that spilled milk…unless they were tears of joy.

The December ’03 issue of HUSTLER was billed as a Special Hollywood Issue, and thus had a number of show-business luminaries within its pages. Mötley Crüe bassist Nikki Sixx and his then-wife, Baywatch alum Donna D’Errico, sat for a cover shoot and interview with the magazine. Filmmakers Larry Clark and Eli Roth were also featured in the issue, as were actor Michael Madsen and comedian Kathy Griffin.

Find this article and more in HUSTLER December 2003 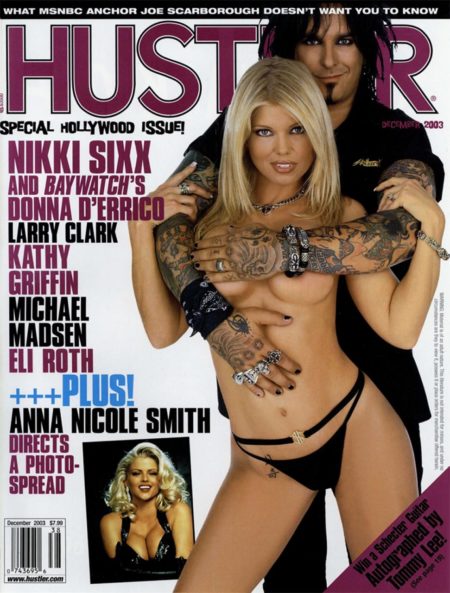