Deidre Holland doesn’t come from the Land Down Under, but she managed to make a significant cultural contribution to the continent in 1990 anyway.

In the photo-spread, dubbed “Good Lay, Mate,” Holland offered generous views of her bush and outback while posing amid remote scenery that was pretty breathtaking in its own right.

Find this article and more in HUSTLER February 1990 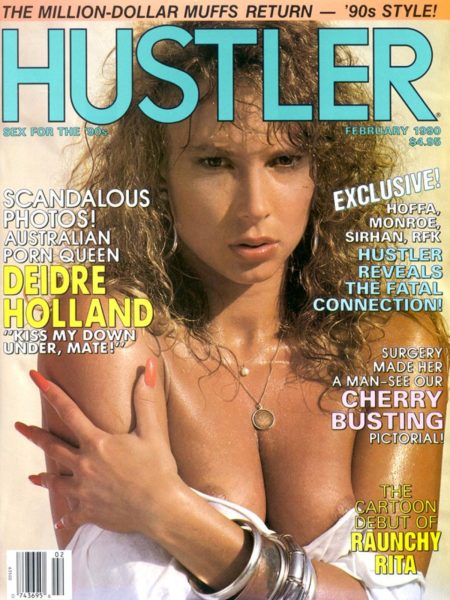