The Purple One—or at least a well-hung facsimile of him—makes a splash in America’s Magazine.

Few musical artists have infused their work with raw sexuality with the same hyper-horny gusto that Prince did. (“Darling Nikki,” anyone?) So it only made sense that the Purple One—or at least a horse-hung facsimile of him—should make his way into the pages of America’s Magazine.

By the time the July ’85 HUSTLER was published, Prince had shot to the pinnacle of fame with the previous year’s hit film and album Purple Rain, and the magazine had long been looking for an opportunity to play off of his renown.

“After months and months of searching, our Talent Department found a well-hung Prince lookalike willing to show us (and an eager female partner) his stuff,” a blurb for the cover-shoot in the issue noted.

Find this article and more in HUSTLER July 1985 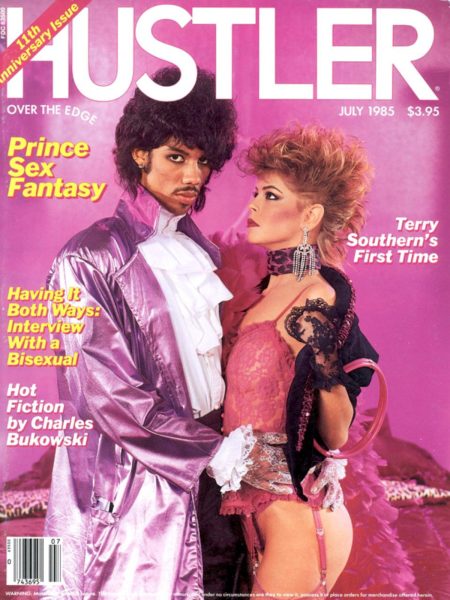