The former Twisted Sister frontman discusses his first time with HUSTLER and his new album Leave a Scar.

For decades now, Dee Snider has been one of rock’s premiere frontmen. As the leader of Twisted Sister, Dee brought a distinctively colorful presence to heavy metal and scared the shit out of many a Washington wife in the 1980s during the Parents Music Resource Center era. Twisted Sister’s outrageous early MTV videos “I Wanna Rock” and “We’re Not Gonna Take It” are the reason many suburban kids discovered hard rock in the first place.

Since Twisted Sister’s breakup in 2016, Dee has continued to release powerful albums with a much harder and modern take on hard rock and heavy metal.  His latest, Leave a Scar, is due out later this month and will certainly scare your mom and her friends.  HUSTLERMagazine.com caught up with Snider to discuss the new album, the chances of a Twisted Sister reunion and his first time with HUSTLER.

HUSTLERMagazine.com: Do you remember the first time you ever saw a HUSTLER Magazine?

“I had quietly planned to call it a day as far as recording and live performing. I told my manager. Told my family. Even gave away my stage-worn boots that I had worn at every show for the past 20 years. I mailed them to my biggest fan in Canada.”

Was your new record Leave a Scar a result of the pandemic? 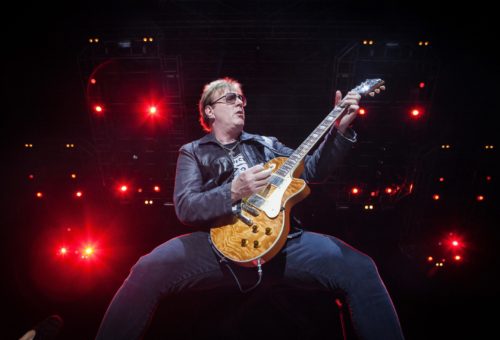