The band that gave the world “Balls to the Wall” is back with a kickass new album.

Straight out of Germany, Accept first assaulted music fans’ unsuspecting ears in 1976 and broke through worldwide in 1984 with the AOR hit “Balls to the Wall.” Through the decades that have followed, the band’s lineup has shifted and changed. Original singer Udo Dirkschneider left. Then rejoined. Then left again for good. (He was replaced by Mark Tornillo in 2009.)

The one constant through it all has been Wolf Hoffmann, the band’s unofficial leader and towering guitar god (seriously, the dude is NBA-tall). He has kept Accept rocking and rolling through 16 albums, including their latest kickass release, January 2021’s Too Mean to Die.

We caught up with Hoffmann to discuss the new record and the band’s long history, which may or may not have included some good groupie stories. For some extra “rawk,” we also chatted with drummer Chris Williams (who’s been with the group since 2015) and third guitarist Philip Shouse (who joined in 2019) to get another perspective from “the new guys.” Put your balls to the wall and read on.

HUSTLERMagazine.com: Is it true the only way you will do this interview is if you can be completely naked?

Wolf Hoffmann: I am sitting here completely naked right now. Except for my lederhosen, of course. Germans wear lederhosen. (Laughs.)

Even though you live in Florida, you still wear lederhosen? 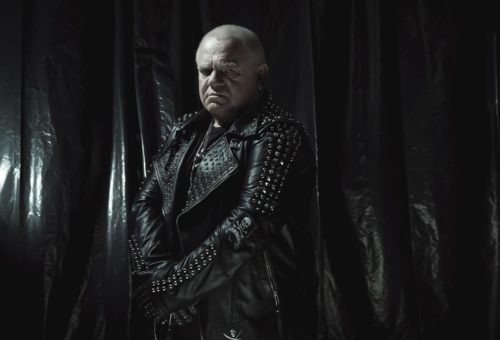