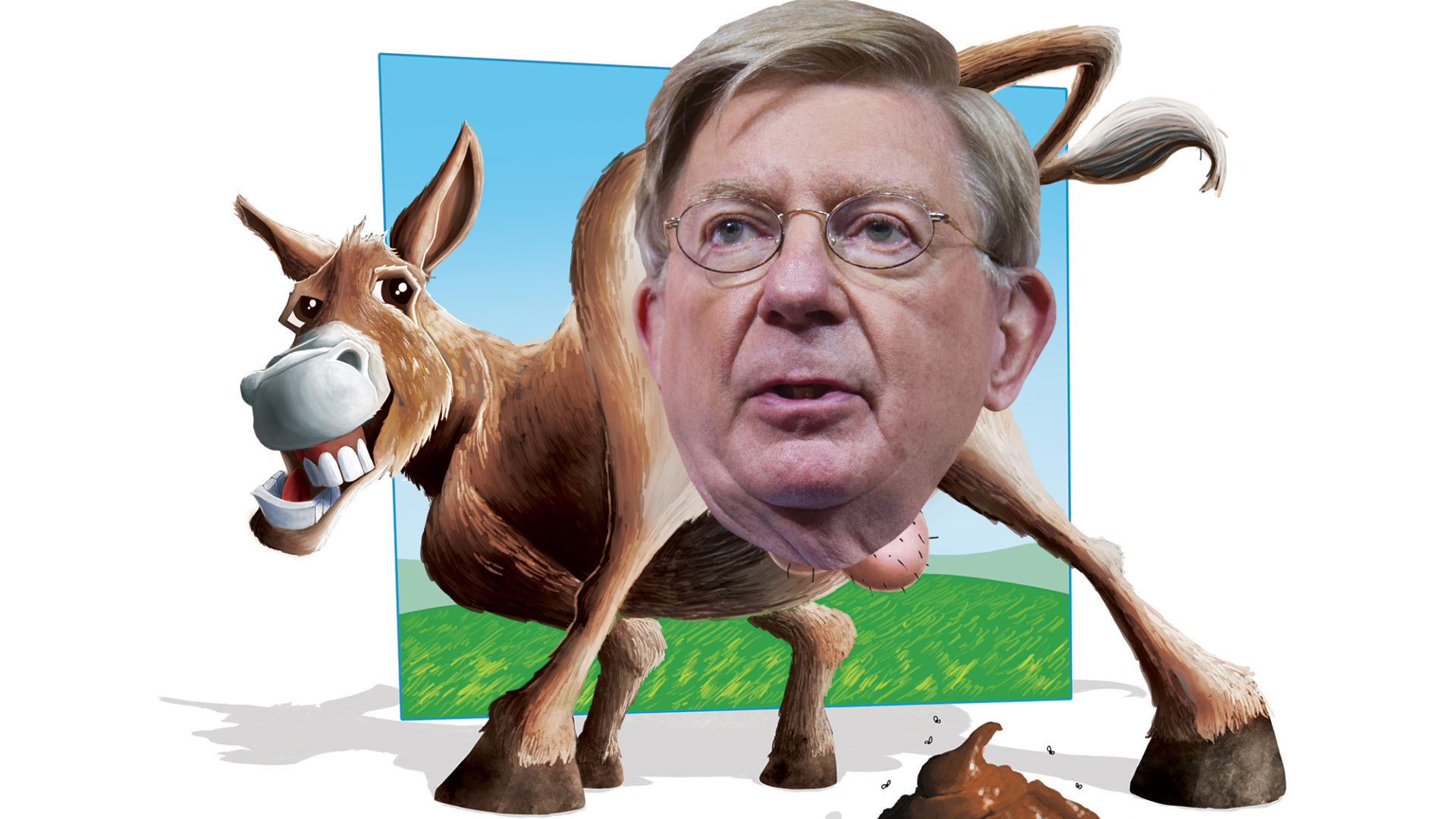 When we chose Pulitzer Prize-winning George Will as this month’s Asshole, we extended him an unprecedented offer: We invited him to write the column himself. Who better than the eloquent and eminently learned Mr. Will to explain how someone with such an exacting mind could at the same time be such a donkey’s ass? By press time, however, our cordial email addressed to the usually prolific and erudite columnist at the Washington Post had met with a sustained, resounding silence. We decided, therefore, in his best interest, to pen this column in his stead. What follows is, word for word, what we’re certain George Will would have written had he the sagacity to do so.

Esteemed readers, or should I say viewers, of HUSTLER, you may want to procure a thesaurus before reading further (presuming you can read), as I tend to unnecessarily use words for which there are perfectly common and adequate equivalents. This pretension is one of the hallmarks of the faux intellectual, which in the fawning corridors of Fox News and the Washington Post is no different from the real thing.

Most recently I have become embroiled in a debate about President Obama’s Iraq policy, which I have branded a “foreign policy of retreat.” In my usual cavalier approach to logic, I have obliquely admitted that invading Iraq in the first place was a fool’s errand while at the same time accusing a President reticent to reinvade (although that is actually what he is now doing) of contributing to the “worst episode of squandered valor in U.S. history.”

Find this article and more in HUSTLER October 2014