I love trying new things, but nude modeling is the most exciting one yet.

Football hotbed Texas celebrates its Independence Day in March, so we’ll pay homage with Ashley James, an ex-cheerleader from Waco. “I’ve always wanted to be lots of guys’ fantasy,” declares the “bubbly, crazy, fun to be around and energetic” 19-year-old, who recently graduated from supermarket checker to super stripper with a heart of gold. “I like to help others, and I believe in good karma,” Ashley lays on us. She also likes “sleeping, running, basketball, baseball, shopping, classic rock, singing in my car, cleaning and trying new things.” The latter is especially true when Ashley is wide awake in the bedroom, although the 5-foot-1 hottie owns up, “I’ve had sex in cars, parks, a hot tub—and on a trampoline. I’m straight, pretty aggressive and very seductive. I love men, but every once in a while I crave the touch of a woman.” That’s not her sole craving: “I’d love to be chosen for a HUSTLER layout.” Hey, folks, want a second helping of delectable Ashley James? 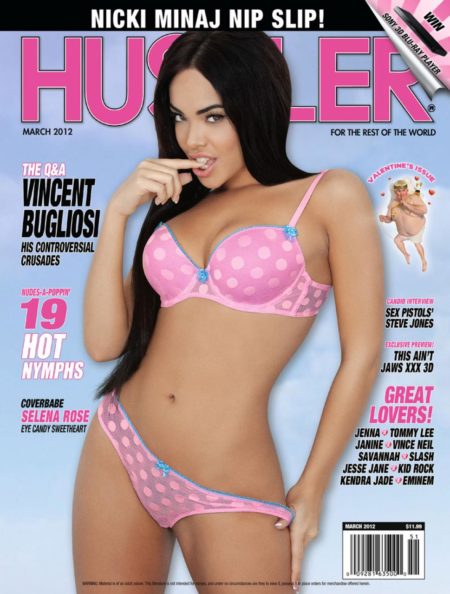