Tommy Ramone helped invent punk rock as the original drummer and manager of the Ramones. We sat down with the Rock and Roll Hall of Famer at Hollywood Forever Cemetery during the seventh annual Johnny Ramone Tribute, where Tommy talked about the band’s glory days at CBGB, missing his deceased bandmates and all things punk rock.

HUSTLER: Is it weird to be in a place where two of your former bandmates are buried?

Tommy Ramone: Yeah. (Laughs.) But it’s a beautiful place. It’s kinda neat that Dee Dee is buried on one side of the reflecting pool, and Johnny is on the other. It’s so serene. All the movie stars are buried here, and Johnny’s second-favorite thing was movies. His first favorite was baseball. Music was in there somewhere too. (Laughs.)

What do you miss most about Johnny, Dee Dee and Joey?

They were amazing people—all of them. The reason the Ramones existed was because I saw the New York Dolls perform, and the first thing I thought of was starting a band with these amazing people I knew in Queens, New York. I thought they would make an interesting and unique band. They were individually very unique. I miss their personalities. They each had their own wonderful personality. They are with me all the time, every day.

What do you think Johnny would have thought of this event?

Find this article and more in HUSTLER October 2012 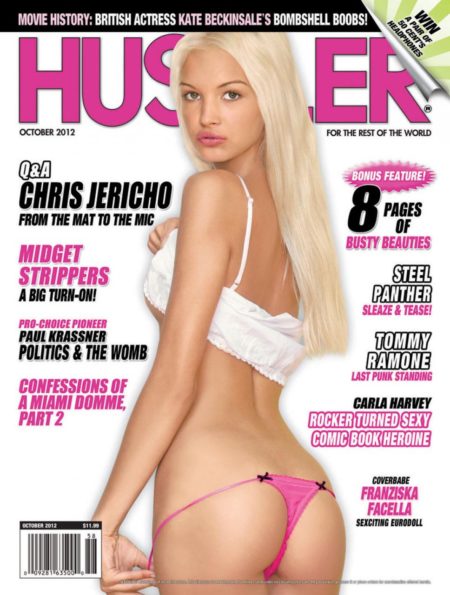