An all-female rock band from Sweden that channels everyone from AC/DC to Motörhead to The Black Crowes? Meet your new musical obsession.

We all love a rocker chick. That special lady with the right combination of looks, talent and infinite cool. Our ultimate dream girl. From Taylor Momsen to Lzzy Hale and Nita Strauss, there is no bigger turn-on than a chick who can rock as hard as she can roll. Thundermother multiplies that equation by four. The Swedish all-female rock band consist of Filippa Nässil on guitar, lead singer Guernica Mancini, drummer Emlee Johansson and bassist Majsan Lindberg. They play a retro-groove, deep form of rock ’n’ roll that is clearly inspired by everyone from AC/DC to Motörhead to The Black Crowes. HUSTLERMagazine.com caught up with Mancini to talk about making it in America, male groupies and the deluxe version of their latest album, Heat Wave.

HUSTLERMagazine.com: Are you cool with being interviewed by us?

Guernica Mancini: Definitely. Yes. I am. I saw the movie with Larry Flynt and that gave me a great impression of what HUSTLER is.

Is Swedish erotica still a thing?

I’m not sure. When my parents moved to Sweden in the ’70s, that was what they knew about Sweden. That and Ingmar Bergman films. Those were considered sexual then.

Where are you right now?

Thundermother: Going for the (Black and) Gold

Lucifer: A Hell of a Band 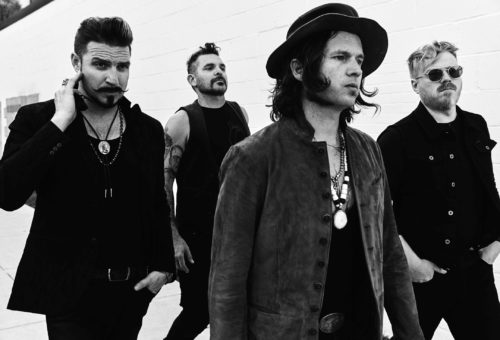