Ending a relationship by disappearing without word or explanation has become a convenient—and common—practice in the age of online dating, but it can also be hurtful. Here’s how to make a clean break without vanishing into thin air.

Using the word “ghost” in the context of dating is new(ish), but the action— cutting off contact with someone by disappearing without word or explanation—definitely isn’t. Online dating has made ghosting easier, but that ease is often conflated with acceptability. So… is it ever really acceptable to ghost someone? What should you say instead? And what do you do if you find yourself as the ghostee?

There are a lot of reasons people ghost, but it often comes down to discomfort or fear of hurting someone’s feelings. Let’s say you’ve been texting with someone for awhile, but you haven’t met up yet. You realize as time passes that you no longer want to. Maybe the conversation is getting boring, or you sense an incompatibility. Maybe you thought you were ready to start dating again, but now you’re second-guessing it. Maybe life just got in the way. You don’t want to hurt this person’s feelings, and ghosting feels justifiable—you haven’t even met them yet!

I would argue that this isn’t a particularly egregious ghosting scenario, but it’s still unnecessary. There is a way to be honest and clear without over-explaining. An example: “It’s been really nice chatting with you, but I’ve realized that I don’t want to move forward. I wish you the best!” Is this a message that someone wants to get? Probably not. But sending something like this removes confusion and ambiguity. The person isn’t left wondering what happened or if they did something wrong. You might not be giving them what they want, but clarity is a gift in and of itself. 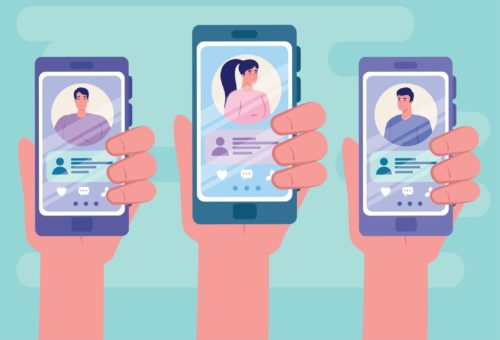