On the 100th anniversary of the Ham on Rye legend’s birth, we look back at his decades-long relationship with America’s Magazine.

Charles Bukowski—bard of the barflies, poet laureate of the poor and downtrodden—earned a well-deserved spot in the pantheon of literary legends thanks to his unvarnished depiction of life in the shadowy corners of American culture. Drinking, fighting, womanizing, gambling, struggling to survive under the soul-crushing weight of modern civilization—Bukowski tackled such topics with unflinching candor and a thorough disregard for politeness or propriety.

Is it any wonder that Bukowski—born 100 years ago on this date—would enjoy a long and creative relationship with HUSTLER Magazine?

On the centennial of Bukowski’s birth, it’s only right to look back at the decades-long connection between America’s Magazine and America’s literary lion of low living.

Bukowski was introduced to HUSTLER readers in the November ’76 issue, and a hell of an introduction it was. The Fiend, the Bukowski story published in that edition, was quite accurately described as “the brutally realistic account of the senseless rape of an eight-year-old child.” 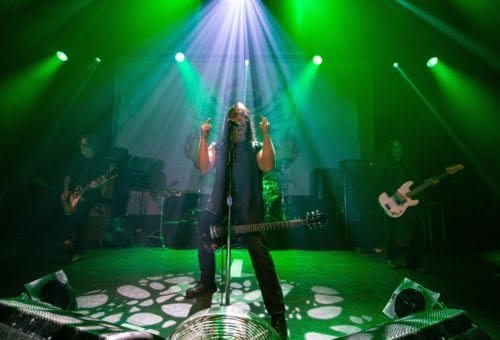