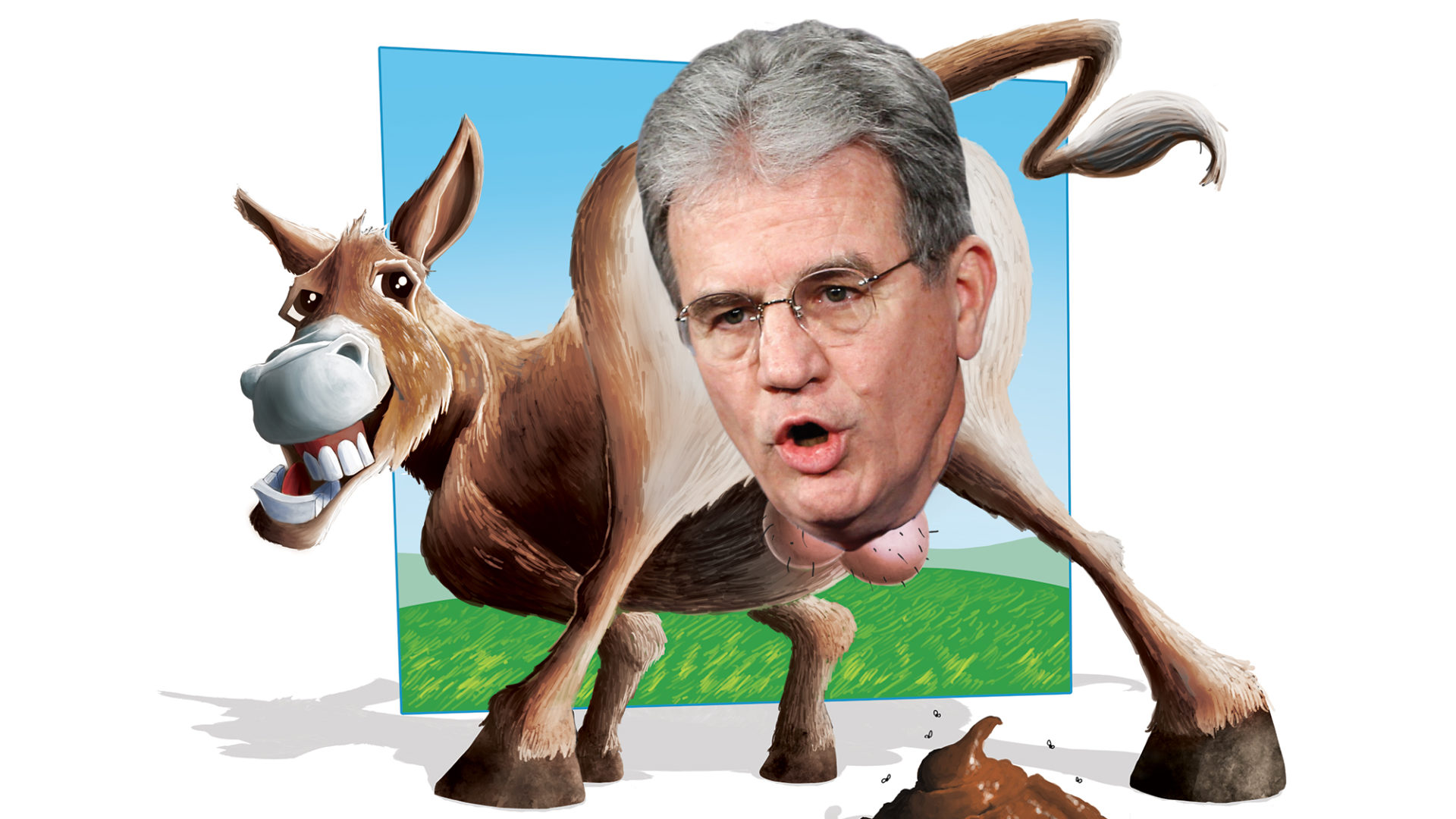 Early this year, Tom Coburn—the junior U.S. Senator from Oklahoma who has spent his entire career trying to plug the pipes of progress and keep people in his state below the poverty line—finally decided to do something good for the country: quit!

Of course, like a good Republican manure spreader, he used the announcement that he was leaving due to failing health as a way of slamming Obamacare, saying “my new coverage won’t cover my [cancer] specialist.” He neglected to add that switching insurance plans even before the Affordable Care Act usually meant choosing from a different network of doctors. Coburn’s remark was a perfect example of his modus operandi, focusing on a minor drawback (having to switch to another doctor) as a way of distracting from the massive benefit that outweighs it: Millions of people who didn’t even have a doctor are now getting healthcare!

Recently the guy they call “Dr. No” for his record of blocking legislation used the same lopsided logic to slam proposals for a federal minimum wage. Like every pro-corporate blowhard that never has to worry about keeping food on the table, Coburn’s argument is that “free market principles” are more important than making sure working people get a wage they can live on. Sure, Tom, if you let the market decide everything, you’ll always find people desperate enough to do tough, dangerous work for pennies. Let’s exploit the crap out of people. Why not? Hell, let’s get rid of child labor laws too. The little shits’ll work for gumballs.

Find this article and more in HUSTLER September 2014