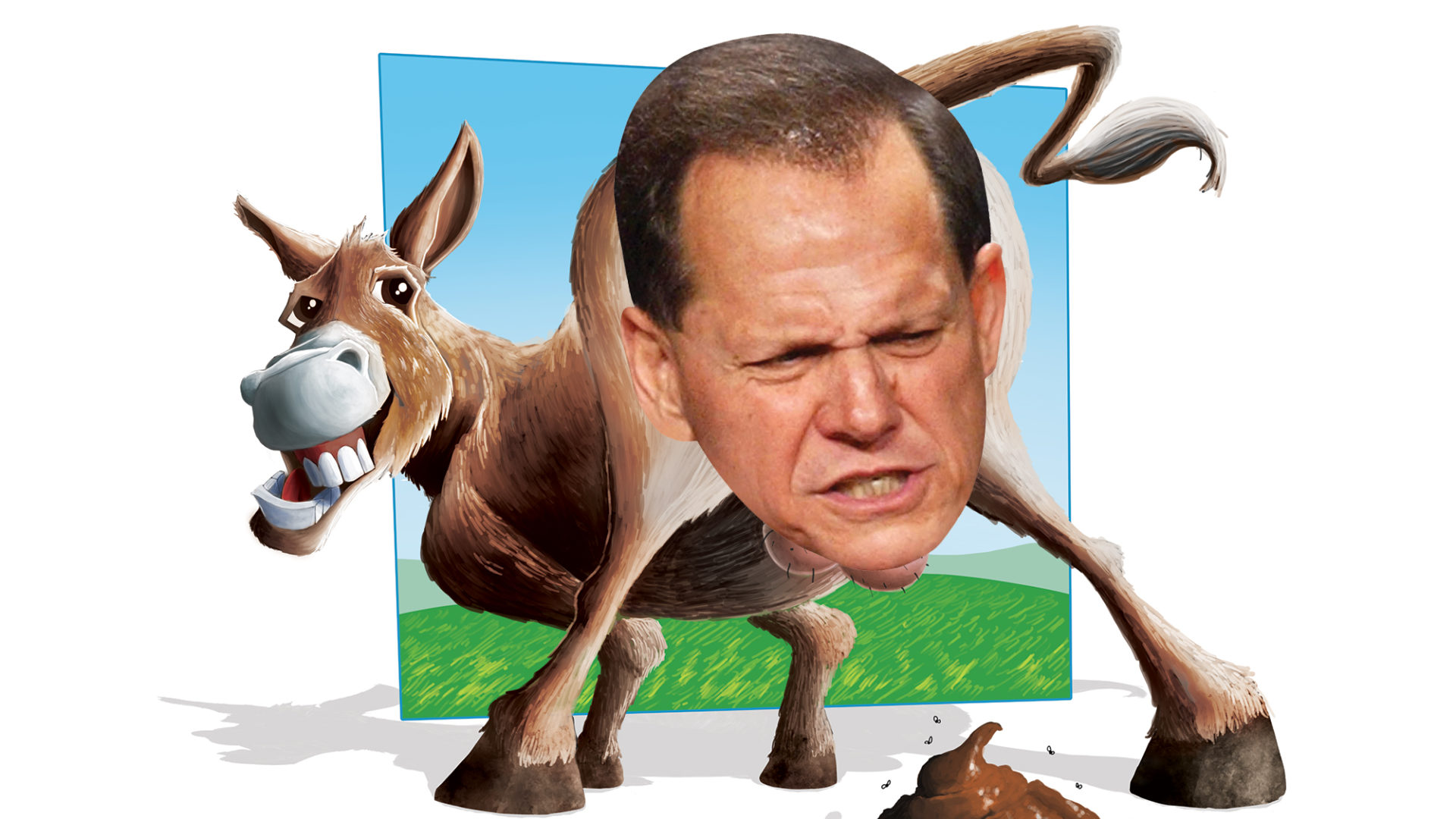 In America’s race for stupidest state, the results are in. Alabama is home to enough troglodytes to actually reelect Roy Moore as the state’s chief justice. This shit for brains with hair plugs was ousted by Alabama’s own Court of the Judiciary back in 2003 for blowing tons of taxpayer dollars on a hunk of rock with the Ten Commandments carved on it—plopping it in the judicial building, then refusing a court order to get it the hell out of there.

In other words, Alabama, you just turned the clock back over 3,000 years. While you’re at it, be consistent and give up electricity, dentistry, running water and incest laws. Wait, incest is okay in the Heart of Dixie. We forgot. That must be how we got Judge Moore in the first place.

Let’s look at the ol’ decalogue through his dark lens:

I. Thou shalt have no law above Roy Moore’s.

Like the old motherfucker in the sky who insists puny humans kiss his ass and not even look at another god (typical jealous bitch), Moore thinks the courts are there to do the paperwork after he decides what’s right. Moore argues that it’s not his law but God’s—meaning his God.

Moore recently said that secular government “that is denying God” would eventually lead to Islamic law in the United States. Yes, Sharia law would suck balls, which is why it would be unconstitutional—just like Christian theocracy. Non-religious government doesn’t deny God; it keeps crazy shit like talking snakes and rock-carving fingers of fire out of the lawmaking process. “It would bother me if a judge told me how I had to believe,” Moore once said. So you know how we feel, Judge.

Find this article and more in HUSTLER May 2013