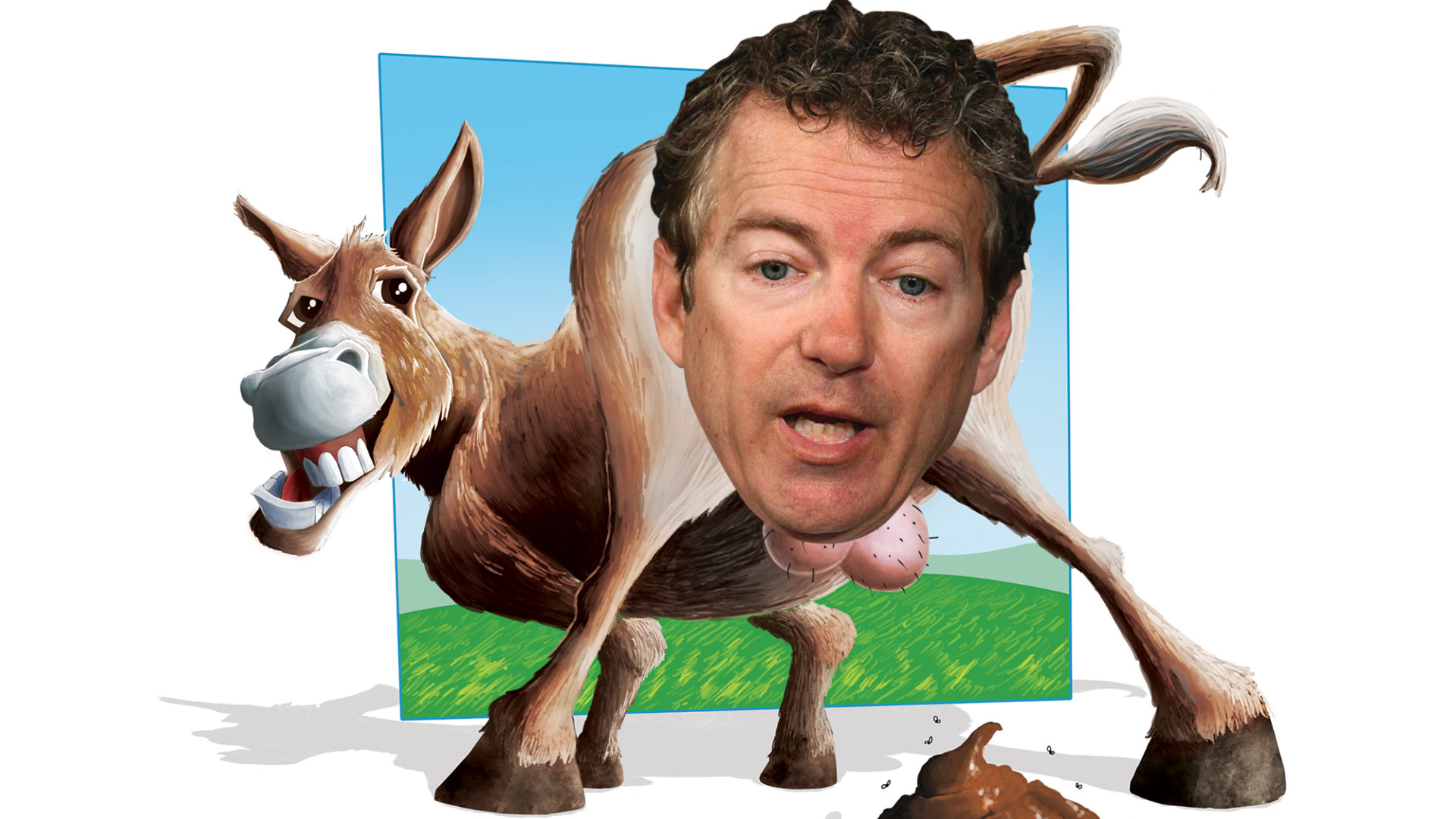 This month’s shit-for-brains is a Republican only because the Libertarian Party ain’t got a turd’s chance at the toilet factory of ever getting into the White House. And because the Tea Party isn’t really a party, just a whacko faction of the GOP. And because the Ku Klux Klan isn’t a party either. And because there isn’t a party called the Avenging Neo-Confederate Racists of America. So this poor wannabe renegade senator from Kentucky has to make hay with the GOP’s old pussified conservatives and bite his tongue so much, it must be one big chunk of scar tissue by now.

But every once in a while Rand Paul can’t stand it anymore and blurts out tough little nuggets of shit from his terminally constipated soul. On Fox News recently he twisted American history into a pretzel when he said: “Well, you know, the danger to majority rule, to [Obama] sort of thinking, the majority voted for me, now I’m the majority, I can do whatever I want and that there are no rules that restrain me—that’s what gave us Jim Crow, that’s what gave us the internment of the Japanese, that the majority said, ‘You don’t have individual rights, and individual rights don’t come from your creator, and they are not guaranteed by the Constitution.’ Just whatever the majority wants.”

That sums up so much of Rand Paul’s thinking in about 80 words, it’s like a high-resolution colonoscopy. Right out of the gate, he plainly states his contempt for the basis of our democracy: majority rule. Next he panders to the idea that Obama is some sort of raving King Kong, an image Rand’s noose-braiding base eats up with a spoon. The reality, of course, is that GOP obstructionism has made Obama one of the most hobbled Presidents in American history. If the President were doing less of what he wants and more of what we liberals want, he’d be using our “majority rule” a lot more aggressively.

Find this article and more in HUSTLER June 2014