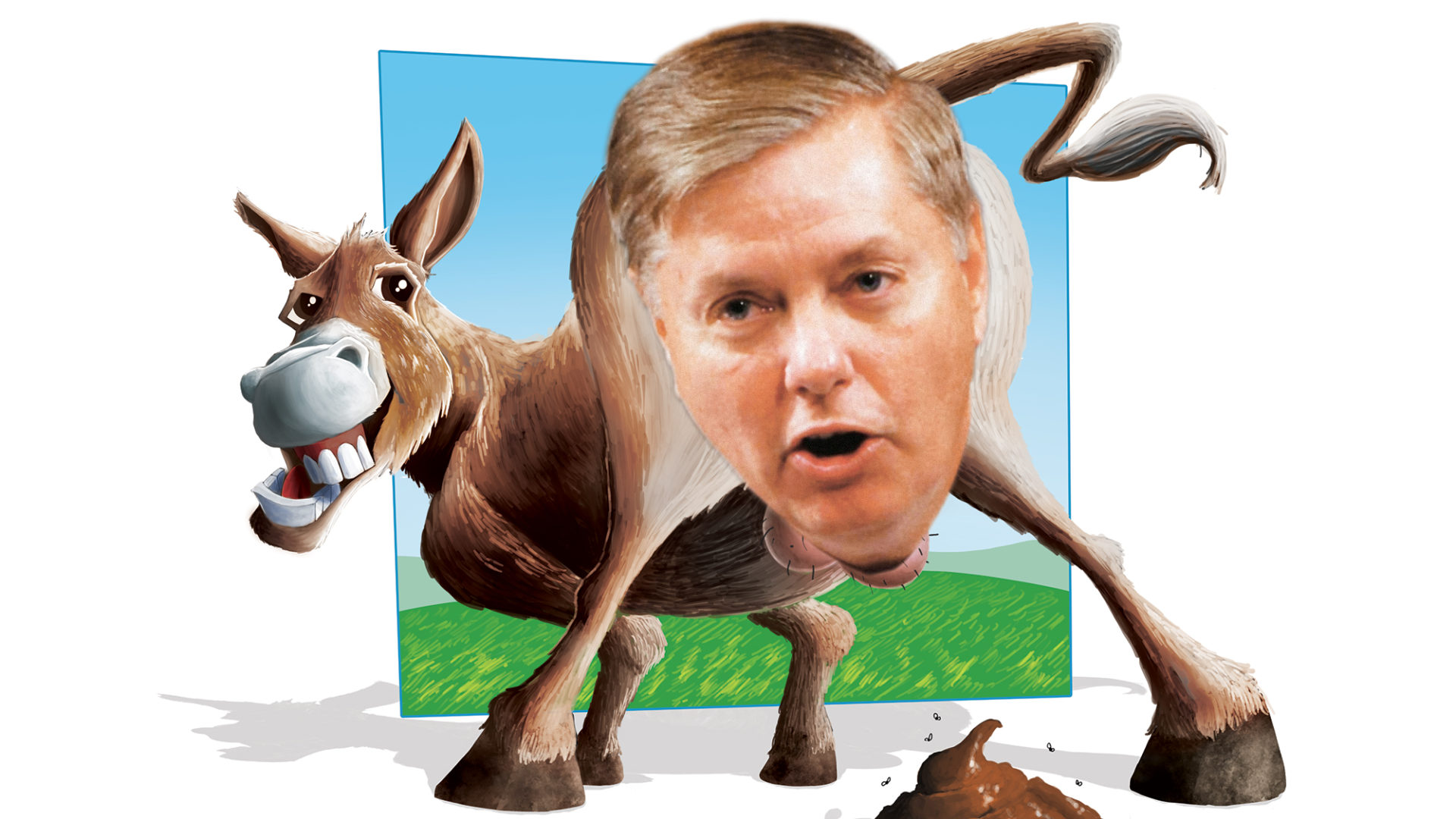 Heard this one? Why did the senator support the antigay Defense of Marriage Act? Because he was happy as a bachelor!

Now don’t get us wrong, we don’t give a crap where the non-marrying, nonbreeding U.S. Senator from South Carolina Lindsey Graham sticks his shriveled Congressional member. But if he does indeed eat a bowl of dicks for breakfast, then drags his sorry ass over to the Hill to vote for ways of making life harder for gays, that’s just being hateful and two-faced. He deserves to be called out on it.

As it happens, outing Graham is something of a local sport in South Carolina. Every time the old Southern queen runs for reelection, the rumors come wafting back like the smell of Strom Thurmond’s rotting carcass. In one of the most explicit references yet, state-level primary challenger Dave Feliciano recently got flamed for calling Graham “ambiguously gay.” You know, like the way the South ambiguously lost the Civil War.

Find this article and more in HUSTLER