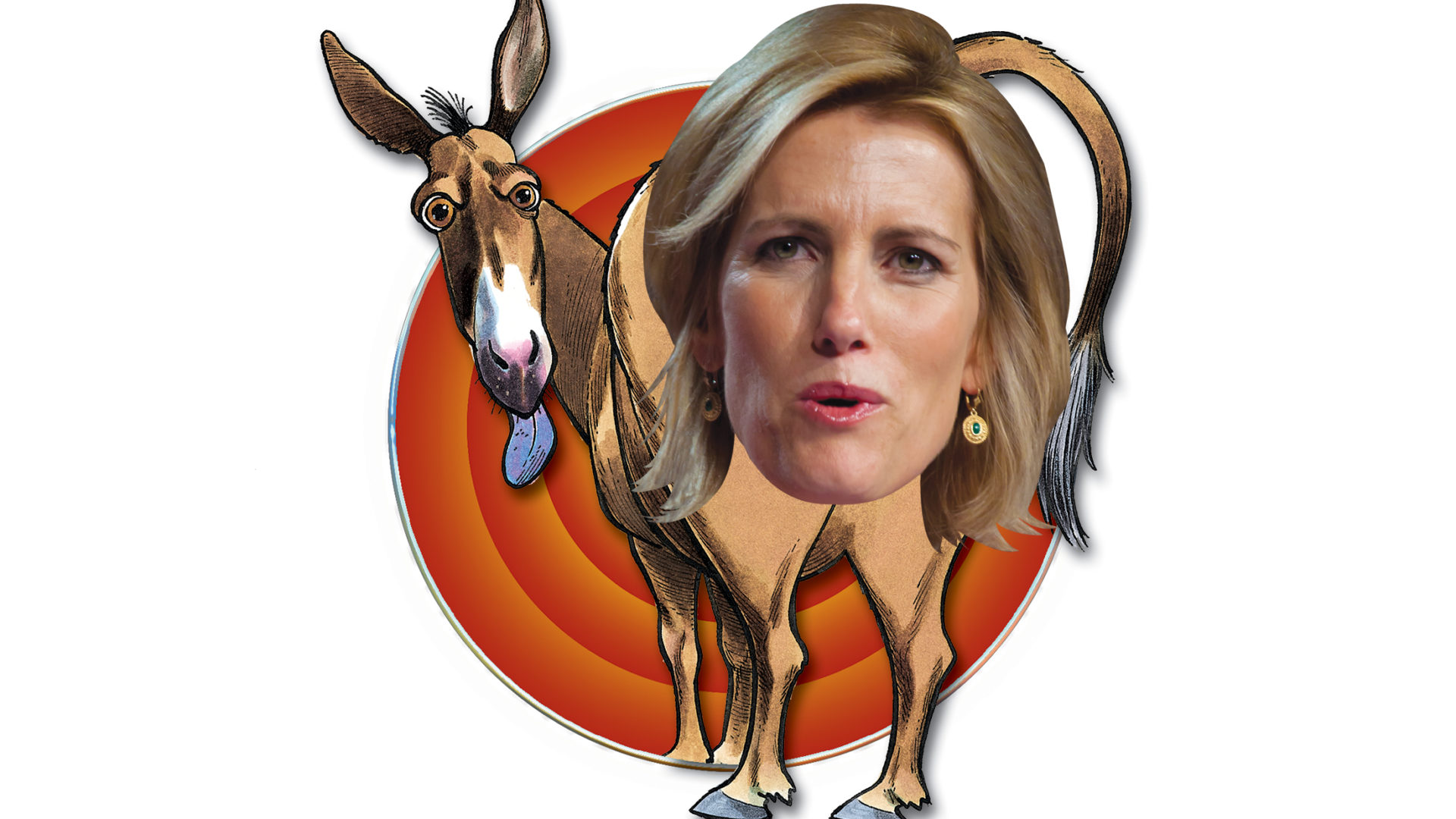 You can tell an asshole by what spews out of it. In 2012, while professional complainer Laura Ingraham was guest-hosting The O’Reilly Factor on Fox News, she finally blurted out her mantra in its most simpleton form: “I’d like for the Republicans to be in charge of everything.”

As electioneering heated up and she realized not all loyalists were in step with Laura the Hun, she amended her lament, tweeting, “We need conservatives, before we need Republicans!” Not even today’s throwback GOP has the anus-clenching skills Ingraham craves.

Ingraham employs a kind of pretzel logic that psychologists call the double bind: I’m right, and if you disagree, it’s because you’re wrong. Her “rule of thumb” says that “the more popular a conservative movement becomes, the more likely it will be attacked.” Look out, Lindsay Lohan. There’s a new thinker on the block. Belchings like Ingraham’s would be just the ravings of any old Tea Party jackboot if it weren’t for the fact that Ingraham commands the fifth-largest audience in talk radio. Add to that the fact that her execrable books regularly make the New York Times bestseller list.

In 2010, Ingraham vomited up one of the most shreddable books ever written,The Obama Diaries. Its entire premise was bullshit hawked as satire: phony diaries designed to bamboozle her gullible followers. Lacking enough real material, Ingraham literally concocted a bunch of crapola to fit her agenda, then bitched about the Obamas based on the stuff she made up! The real Barack Obama is a centrist Democrat with a bad habit of appeasing Republican whackos. But in Ingraham’s repetitive rant, his administration has been an “onslaught of radicalism” led by an “outsize ego” with a “deeply distorted view of America.”

Find this article and more in HUSTLER March 2013