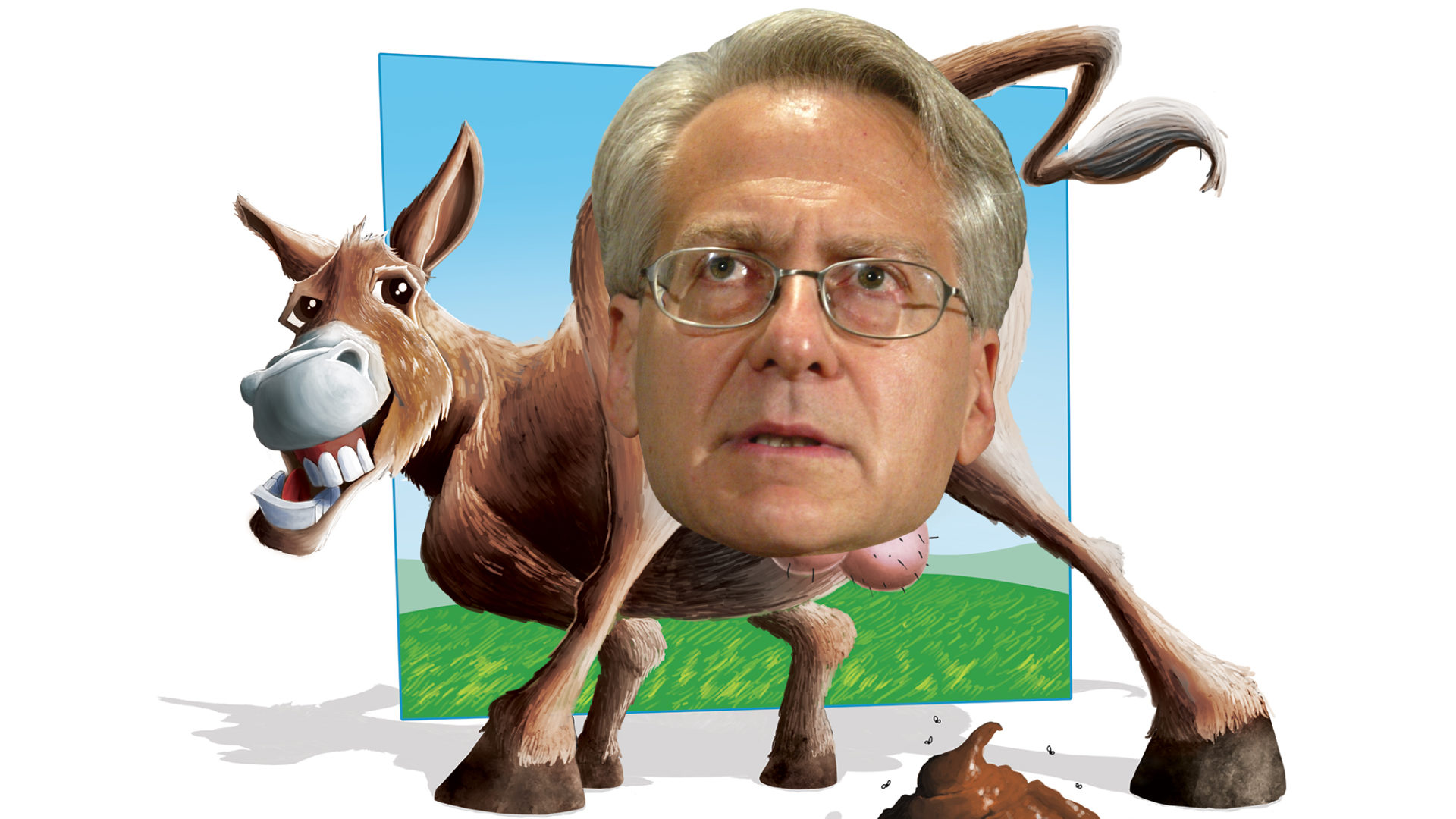 Even the most pathetic little turd can have a big dream once in a while. Right-wing attorney Larry Klayman’s latest stillborn fantasy was to lead a Tea Party lynch mob of millions to Washington, D.C., and spark the “Second American Revolution.” That’s code for “drag the black man out of the White House.” Less than 100 people showed up. One of them was wearing a George Washington costume to prove they were serious. Sure, Obama was shitting bricks, but only from laughing so hard.

At a previous rally at the World War II Memorial, with Asshole of the Month dishonorees Ted Cruz and Sarah Palin as his main pom-pom bitches, Klayman tested the waters of treason when he said Obama “bows down to Allah” and demanded “that this President leave town, to get up, to put the Koran down, to get up off his knees and to figuratively come up with his hands out.” It was word salad, but all Klayman’s rabid band of bigots heard anyway was “Sic ’em!”

Klayman (whose name our spellchecker likes to randomly write as Klansman) made a lot of pre-revolution noise about his Occupy Washington stunt being “peaceful,” but it was obvious that, like a good Mansonian cult leader, he was hoping to get his freak family fired up enough to do stuff they’d regret. “Violent revolution,” he likes to say, “looms on the horizon.” If by “violent” you mean the Secret Service gunning you down before you get across the White House lawn, then yes, Larry, it does.

Find this article and more in HUSTLER April 2014