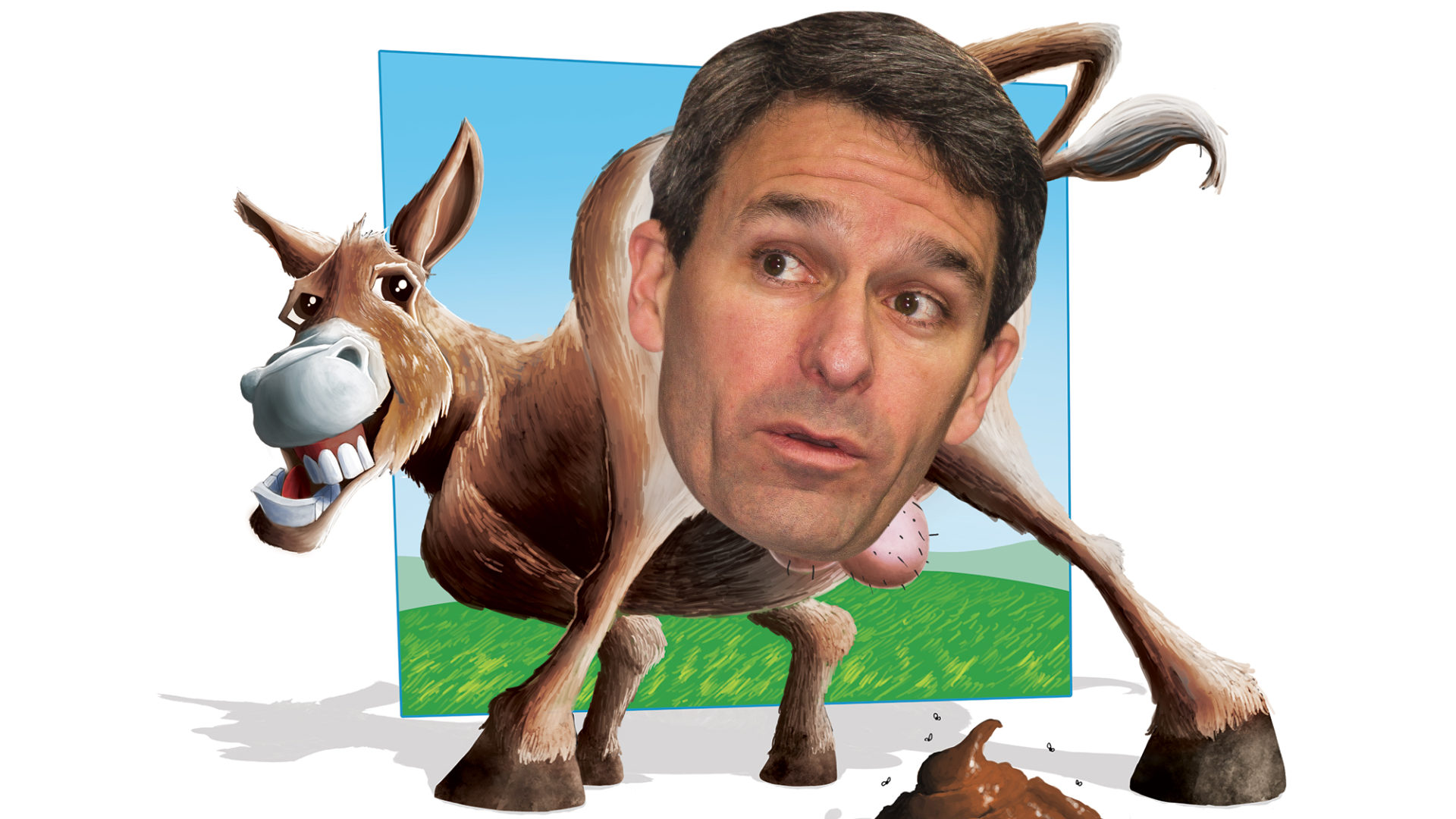 The Cooch’s recent effort to suck all the fun out of his state came after his prosecutors failed to nail a 47-year-old dude who asked a 17-yearold girl to blow him. They ignored the obvious charge of attempted statu tory rape and instead tried to dust off the state’s musty, crusty sodomy law since it would slap the old creeper with a rock-hard felony rather than just a limp misdemeanor. The U.S. Appeals Court—which exists in the 21st century—rendered a smackdown. The Cooch stepped in to stiffen up his cherished sodomy law. The court had to again slowly spell out unconstitutional for him.

That case involved a man and a girl, but Cuccinelli claims his war on penis-polishing is aimed at gays. He’s so afraid of another man falling onto his dick that he’s willing to ban any kind of sex that doesn’t involve a vagina. “My view is that homosexual acts, not homosexuality, but homosexual acts are wrong,” he crows. What the fuck does that mean? It’s okay to be gay as long as you keep it bottled up until your balls explode? Can any straight dude ever imagine saying, “I sure do love the ladies, but I ain’t ever gonna fuck one”?

Cuccinelli has tried before to turn his obsessive cockblocking into legal precedent. In 2010 he spouted an official—and failed—recommendation that Virginia’s public colleges and universities not include sexual orientation and gender identity in their nondiscrimination policy. What’s next? Straight-only water fountains?

Find this article and more in HUSTLER October 2013