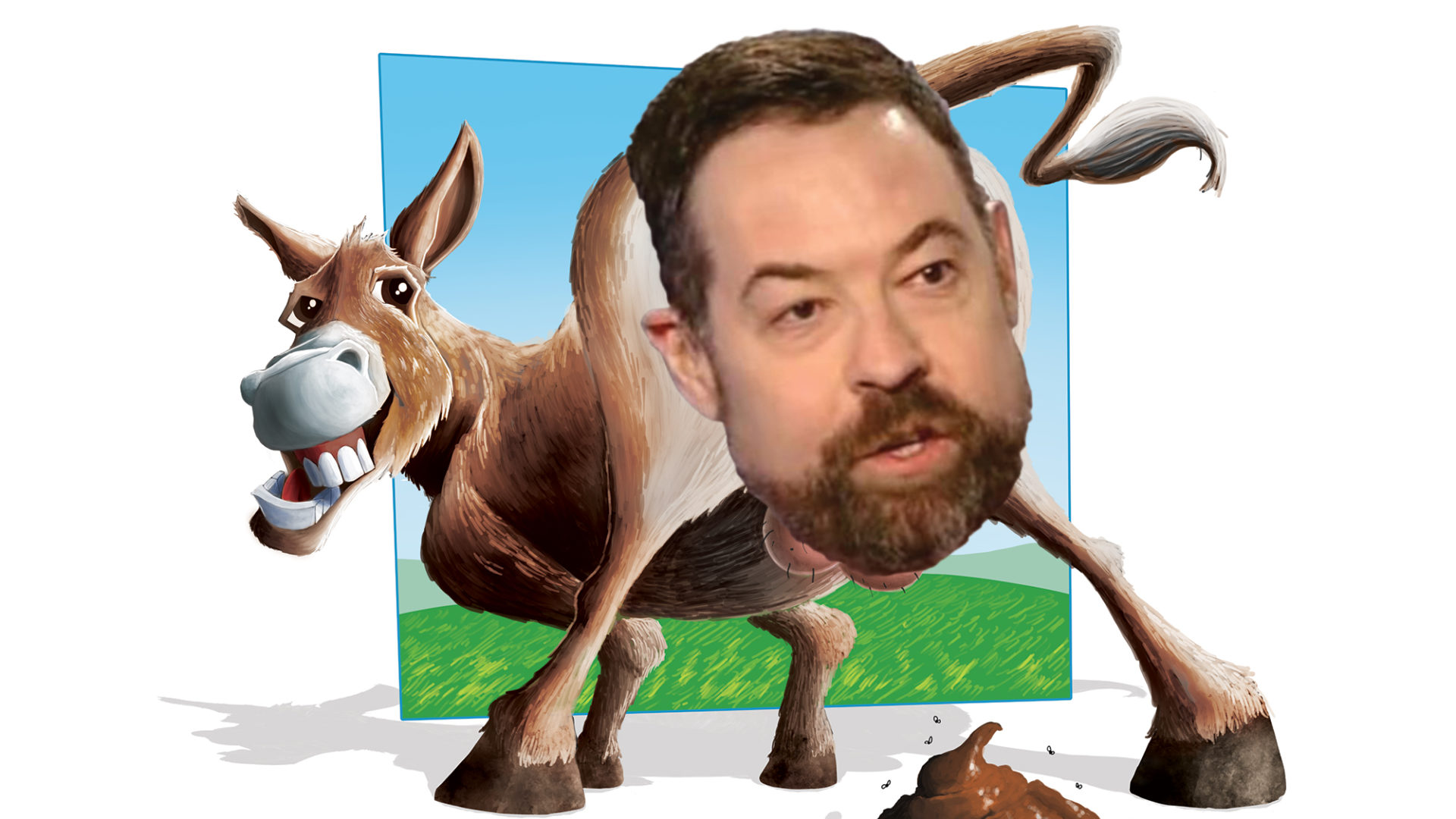 We could hurl our usual shit-related epithets at The Wall Street Journal’s hack columnist, but that would be letting him off too easy. Instead, we’ll take a shot at doing what James Taranto says Gabrielle Giffords can’t: write “900 publishable words.”

Giffords, an ex-congresswoman from Arizona, was shot in the head by a rampage shooter in 2011 and miraculously survived. She went on to testify before the Senate Judiciary Committee in support of sensible gun laws. After the Senate failed to pass the weakest gun control imaginable—expanded background checks—she shamed them in a New York Times op-ed.

Taranto’s response: “So we are supposed to believe that somehow in less than five hours a woman who has severe impairments of her motor and speech functions was able to produce 900 publishable words.” Excuse us, James, but wouldn’t it have been more straightforward to just spit in her face? Or were you worried Gabby’s “impairments” wouldn’t keep her from kicking you in the balls?

Taranto, by the way, offered zero research to back up his claim. But that didn’t matter because Giffords had hit the trifecta in Taranto’s hate stakes: She’s a Democrat, she’s a woman and, being a victim of gun violence, she makes assault weapons in the hands of lunatics look like a bad thing.

Find this article and more in HUSTLER December 2013