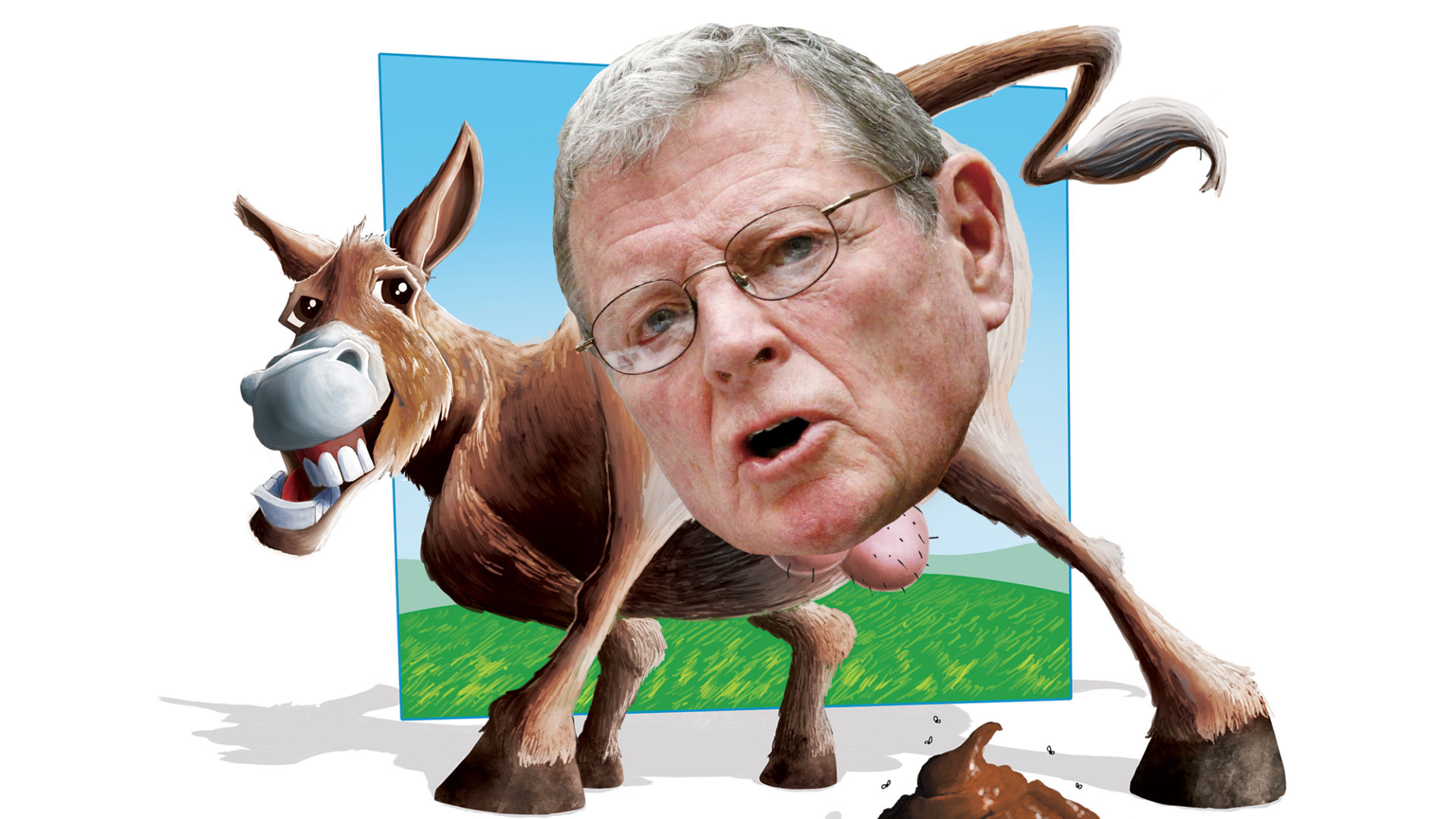 We ridicule Iran as a country dominated by backward-minded religious zealots, clinging to the ancient Quran as the supreme authority for governing life in the modern world. But those who live in glass greenhouses shouldn’t cast stones: America has its own tribe of embarrassing Bible-belt baboons making idiotic statements and self-destructive policies. Chief among them, Senator Jim Inhofe from Oklahoma, a kingpin in The Family, the congressional clique of fundamentalist yahoos who sponsor the National Prayer Breakfast, along with efforts to outlaw abortion, turn back gay rights and teach our children that John the Baptist could have ridden a tame brontosaurus.

Pontificating from his throne on the Senate Environment and Public Works Committee, Ayatollah Inhofe dismisses the judgment of 97% of the world’s climate scientists—that human-produced greenhouse gases are a principal driver of climate change— because God did not give man the power to alter the climate. In a radio interview with the Voice of Christian Youth America, Inhofe cited Genesis 8:22—“As long as the Earth remains, there will be seed time and harvest, cold and heat, winter and summer, day and night”—as an article of faith that we all have nothing to worry about. Just keep praying and the great Cloud Being will take care of all our follies.

Memo to Jimbo: When the Bible was written, the Roman Empire did not possess thousands of multi-megaton nuclear weapons capable of causing “nuclear winter” and destroying all life on Earth. That manmade holocaust would certainly end “the seed time and harvest” for a very long time. So, yes, Senator, it is not “arrogant” to realize that human beings are now capable of wrecking the environment that has sustained human civilization. When Jesus was washing his disciples’ feet, there were about 300 million people on Earth. Now there are 7 billion of us, industrializing rapidly, spewing an additional 36 gigatonnes of CO2 into the climate every year. That’s an increase of 61% over global emissions in 1990.

Back in February, Inhofe brought a snowball into the Capitol building and stupidly hurled it as some kind of inane “proof” that global warming is a farce, while it was actually raining instead of snowing in most of Alaska this past winter.

Find this article and more in HUSTLER August 2015