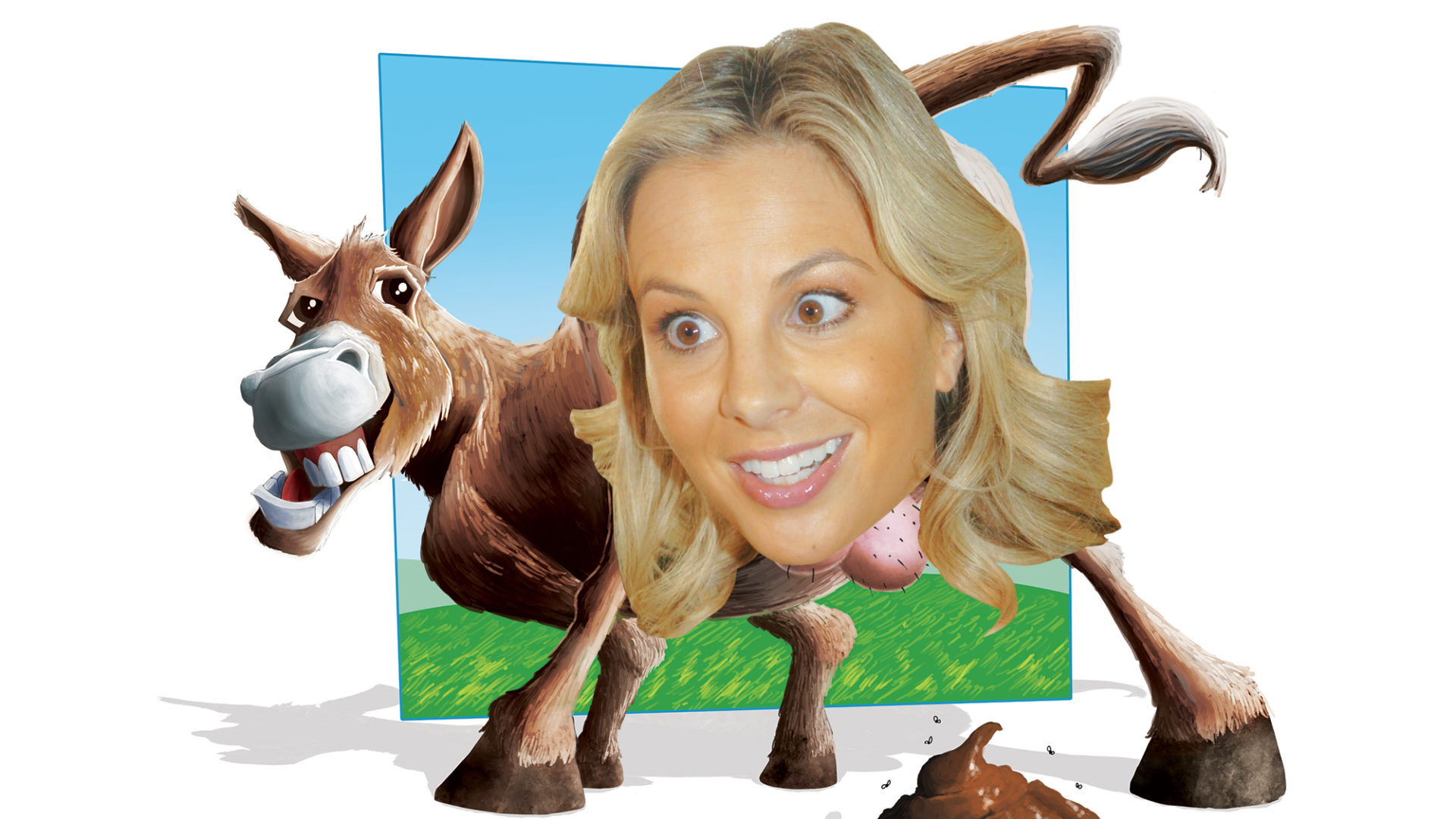 The list of people repulsive enough to get named Asshole of the Month three times is pretty fucking exclusive. So let’s give the newest member of this pantheon of shame—virulent media terrorist Elisabeth Hasselbeck—a congratulatory extra dollop on her crap sandwich. The rectal floozy who recently migrated like a shit-seeking fly to Fox News’ Fox & Friends first earned our stinky distinction seven years ago for regularly airing her idiocy on the all-femme bitchfest The View. Apparently inspired by the dishonor, she’s gotten steadily more rank and insipid.

Always at the top of her list of spouting points: Obamacare. After the GOP’s stillborn attempt to defund the Affordable Care Act, she imagined the President’s marketing team saying, “We’re gonna call it ‘Obamacare.’ Why? Well, everything [with] ‘Obama’ people liked not too long ago. Obama hats, Obama bibs, Obama shirts. We’re gonna sell this too under ‘Obama care.’ It’s the worst nickname given to anything in the history of this nation.”

Not that anyone really gave a shit. If she had dribbled out diarrhea like that on The View, one of the other squawkers would have set her straight. But now, safe within the bowels of Fox, Hasselbeck has quickly devolved into little more than aging eye candy for infantile right-wingers. She built her career on being the cold-blooded fascist in a roomful of bleeding hearts. Now she’s just the perky bimbo in a camp of sexist bullies.

Find this article and more in HUSTLER March 2014