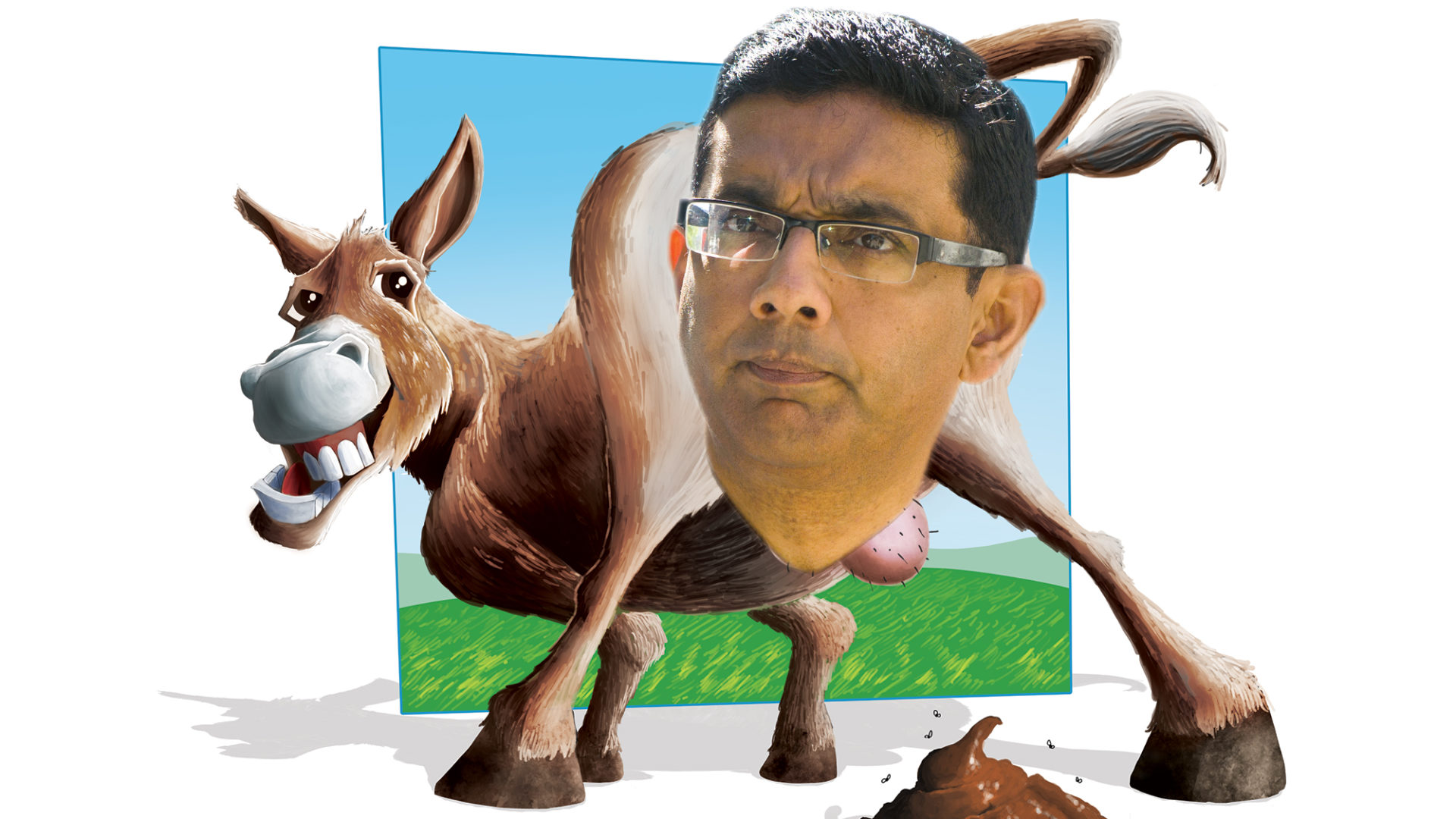 As the current issue went to press, this month’s shit stain was weeping tears of phony contrition in a pathetic attempt to stay out of jail for violating campaign finance laws. Just in case the federal judge wimps out and lets him brainwash kids as “community service” rather than serve the time he deserves, we wanted to make sure this right-wing propagandist at least got sentenced to the kind of shame that never rubs off.

Dinesh D’Souza, for willfully perpetrating blatant lies and generally engaging in antidemocratic behavior that insults our American principles and values, we hereby name you Asshole of the Month, a dishonorable distinction that shall stick to your name as long as your legacy lingers.

For the record, we consider Dinesh D’Loser’s felonious hijinks to be just a corn in the crap heap he calls a life, but we’ll recap them anyway. Back in 2012 he stroked his longtime obsession with Wendy Long, the blond Republican MILF from New York running for a U.S. Senate seat. Already shelling out the legal limit himself, he got a couple of suckers to donate $10,000 each to her campaign, then paid them back. The kicker to the story is that Long had her ass handed to her anyway by incumbent Democrat Kirsten Gillibrand to the tune of 44 percentage points. Assuming Long didn’t blow him for his troubles, D’Loser basically booked himself a jail cell for a lost cause.

Find this article and more in HUSTLER January 2015