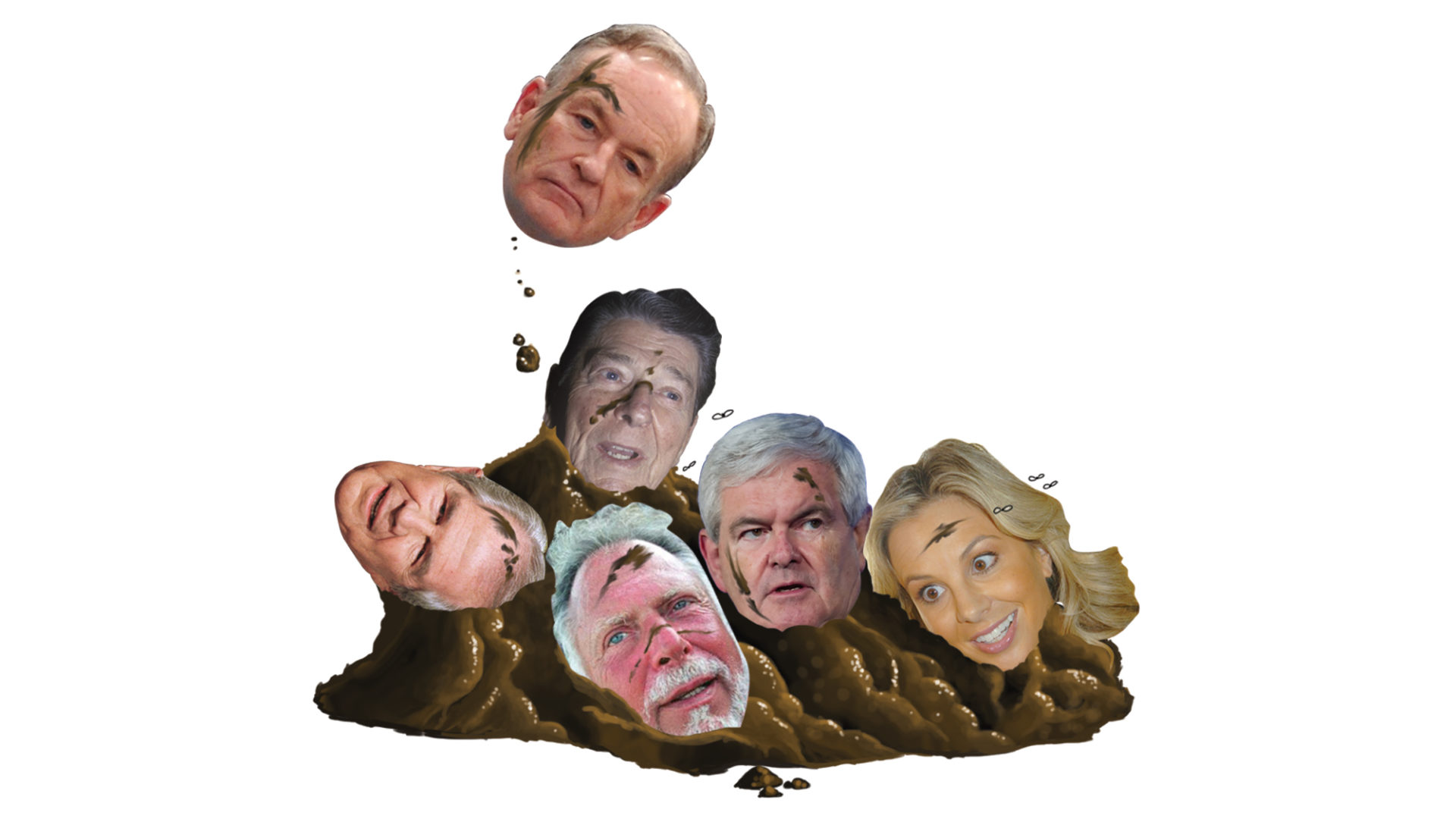 Judging by how many colossal creeps have been multiple Asshole dishonorees, plugging a public shitpipe is historically hard. In most cases, the only time these rectal retreads cease is the day they take their last shit on this Earth and land in Hades’ manure pile.

The infamous Asshole of the Month column was launched in 1975, just as HUSTLER was gearing up to trumpet its first year in existence. Our first dishonoree’s name is so synonomous with dropping a monster load on the nation and leaving the rest of us to clean it up, we may as well call this thing Nixon of the Month! History mercifully took Tricky Dick out of the running at a time when lying meant something. (Imagine if Nixon’s Watergate waterloo happened today. He’d just ride it out while Fox News covered his ass.)

Find this article and more in HUSTLER Anniversary 2014