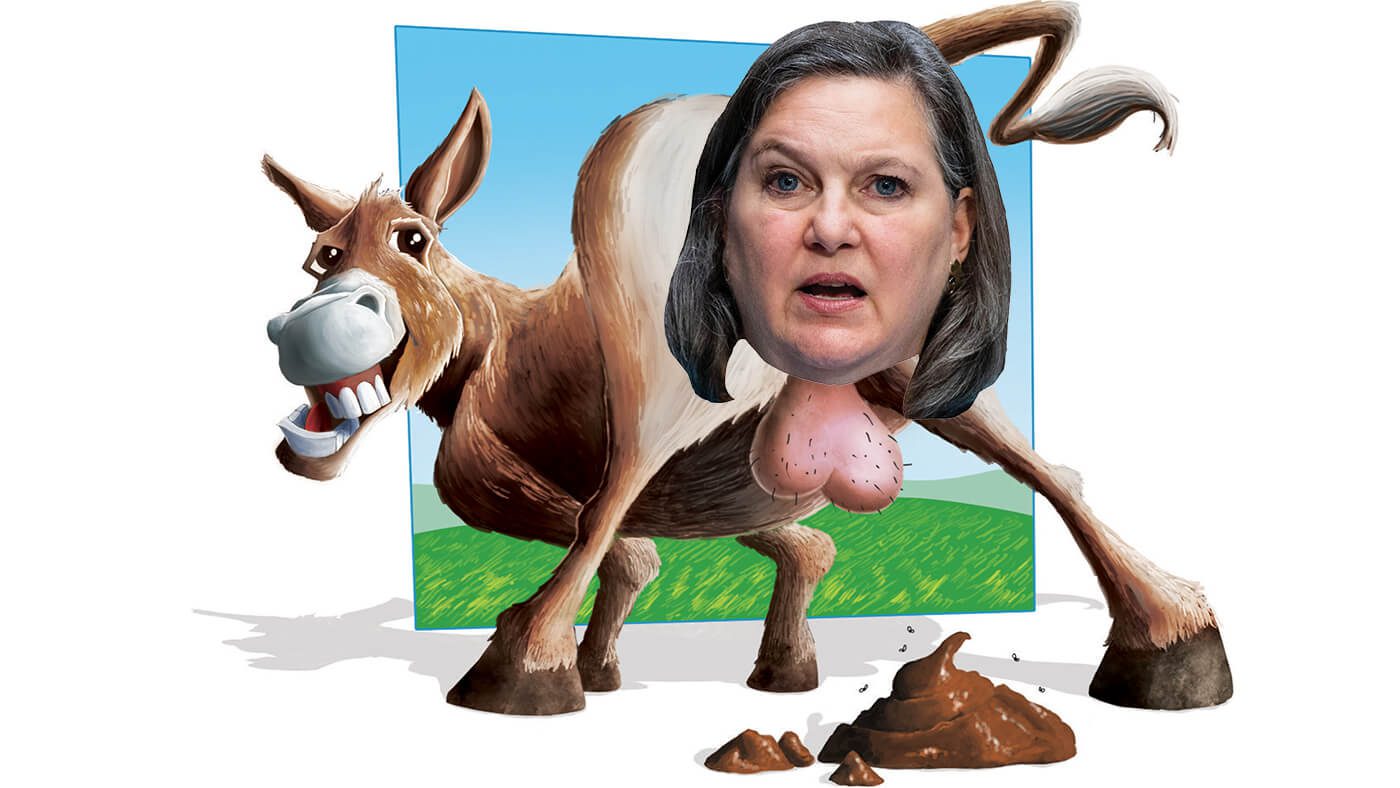 When Biden appointed Victoria Nuland to the third most powerful position in the State Department in January 2021, Medea Benjamin, the cofounder of CODEPINK and our premier antiwar activist, warned, “Most Americans have no idea that President-elect Biden’s pick for deputy secretary of state for political affairs is stuck in the quicksand of 1950s U.S.-Russia Cold War politics and dreams of continued NATO expansion, an arms race on steroids and further encirclement of Russia.”

Indeed, Nuland is the Mad Queen of the neocons—she has supported every blood-drenched American coup and military intervention in the last 20 years.

She is married to Robert Kagan, cofounder of PNAC (Project for the New American Century), the cabal of neocon warmongers who prayed for a “new Pearl Harbor” to kick off their radical plan to invade and topple seven Muslim countries. From 2003 to 2005, Nuland was the principal deputy foreign policy advisor to Vice President Dick Cheney (aka Darth Vader) as he and Bush Jr. launched the illegal preemptive invasion of Iraq in search of nonexistent weapons of mass destruction. Their bald-faced lie about Saddam in league with al-Qaeda seduced the U.S. into supporting this violation of international law.

The vast majority of Americans now recognize the outcome of that folly: millions of Iraqis dead or displaced, thousands of American soldiers sacrificed, trillions of dollars spent—a lot of it bulging the pockets of Cheney’s Halliburton—and Iraq today is still a hellhole of sectarian conflict and a breeding ground for Islamic terrorists.

Find this article and more in HUSTLER June 2022