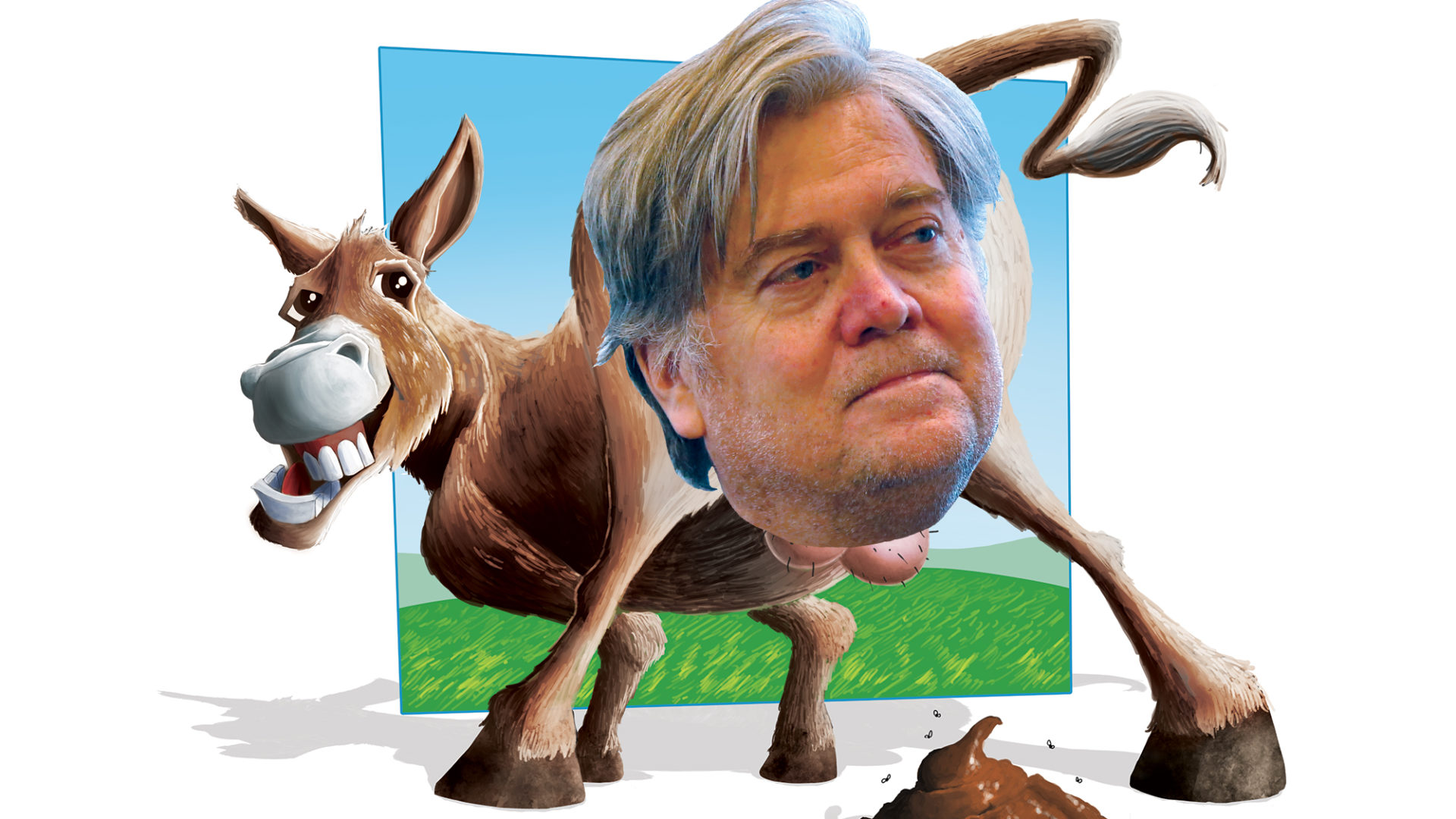 Desperate to make his clownish Presidential bid credible, Donald Trump hired a new CEO for the campaign last summer: Steve Bannon, who took a leave of absence from his post as chief of Breitbart News. It’s just as well, since Breitbart was already acting as Trump’s number-one mouthpiece in the media—Trump Pravda or Trumpbart, as some wags called it.

Bannon took over that shock shop in 2012 after its fire-breathing founder, Andrew Breitbart, died of heart failure at age 43. That’s what unhinged rage and an unquenchable impulse for destruction will do to a man: The poison and bullshit he spewed boomeranged back and killed the source, just like it pole-axed that cynical asshole of years past, Lee Atwater.

Taking up Andrew’s torch, Bannon went even further, turning Breitbart into the leading voice of the alt-right. The alt-right hates pretty much the entire political spectrum—Democrats, racial minorities, leftists, establishment Republicans(known as “cuckservatives”), feminists, the LGBT community, Jews, Muslims and immigrants—any human being outside the shrinking mainstream of lily-white, dumb-right males and females convinced that America is one giant disaster zone that only an ignorant, shootfrom- the-lip demagogue like Donald Trump can fix.

Bannon is the perfect sidekick for Trump. “He’s a bully who has a very casual relationship with the truth,” said former Breitbart public relations rep Kurt Bardella. “Trump seems to be running a campaign based on theater, propaganda and the absence of facts. That aligns perfectly with Steve Bannon.”