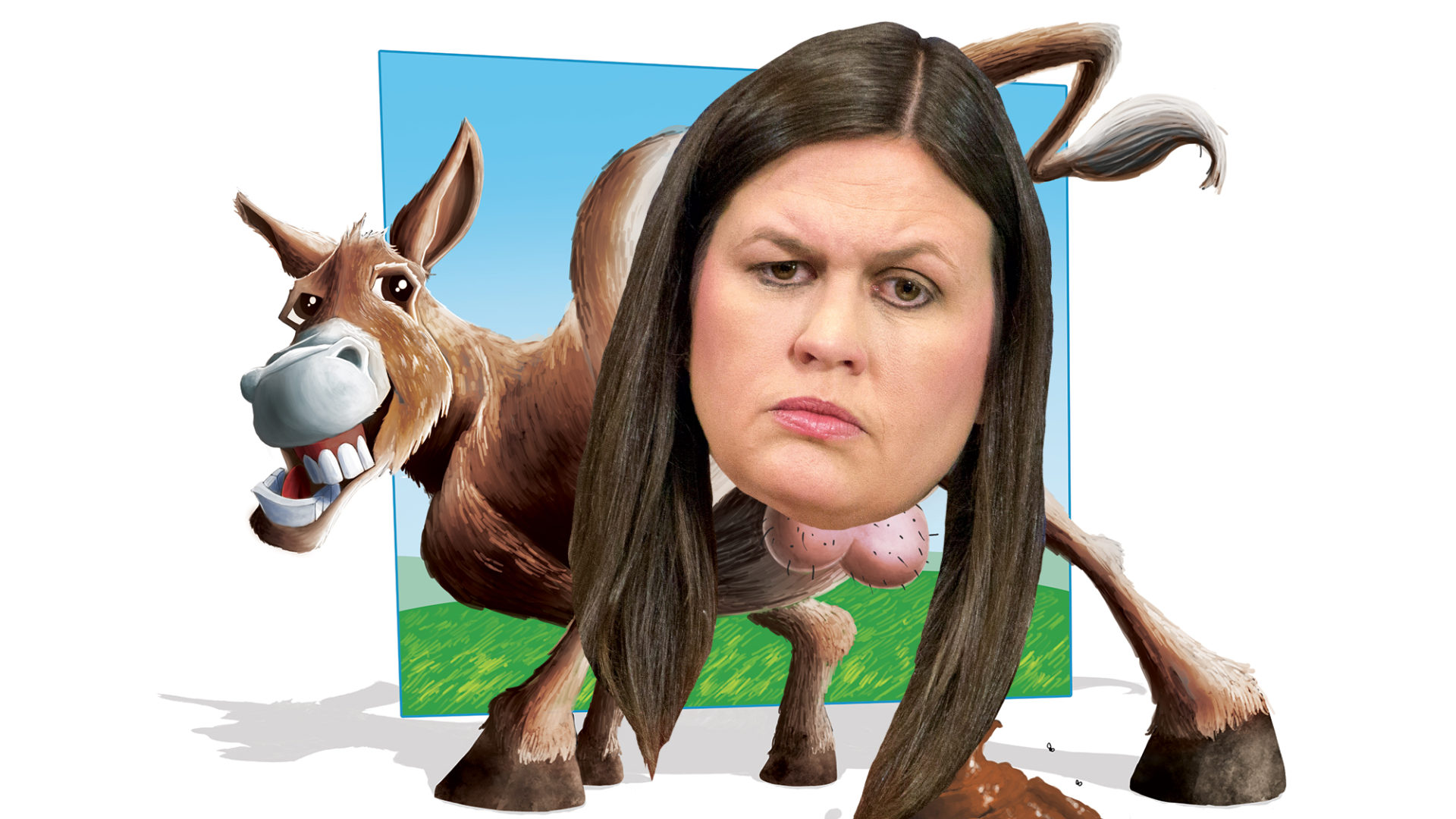 Melissa McCarthy is no doubt crying. Sean Spicer, the butt of her hilarious send-ups on SNL, has finally resigned as White House press secretary. McCarthy may have killed this golden goose —Spicer was effectively laughed out of office. But hold on, Melissa—the Republican clown car has already disgorged fresh comedy fodder: Spicer’s replacement, Sarah Huckabee Sanders.

Sanders is the daughter of former Arkansas governor, Presidential wannabe and holy roller Mike Huckabee, who infamously stated that Muslims behave “like uncorked animals” after they attend mosque and that birth control is for women who can’t “control their libido or their reproductive system without the help of the government.” He also thinks that “there’s more freedom in North Korea sometimes than there is in the United States.”

Sarah appears to have inherited this quackery verbatim. She’s been Daddy’s pet from an early age. Following faithfully in his footsteps, she attended Ouachita Baptist University in Arkadelphia, where the student handbook states: “Misuses of God’s gift [of sexuality] include, but are not limited to, sexual abuse, sexual harassment, promiscuity (including violation of the Biblical teaching against homosexual acts), possession or distribution of pornographic or obscene materials…” Sarah was elected student body president at OBU, where we presume she enforced that code with righteous rigor. We don’t know of any mass HUSTLER bonfires on campus, but it wouldn’t surprise us.

About her childhood, father Mike remembers, “When most kids are seven or eight years old, out jumping rope, she was sitting at the kitchen table listening to [political commentators] analyze poll results.” Is that not some form of child abuse? After graduation Sarah worked on Daddy’s gubernatorial reelection campaign, followed by Daddy’s two failed Presidential bids. Finally, in 2016, she founded Second Street Strategies in Little Rock, a political consultant outfit to help other GOP misfits slither their way into public office. Now she’s prime time, in the hot seat, trying to put a positive spin on the never-ending barrage of spastic blurts and tweets by Generalissimo Trump.