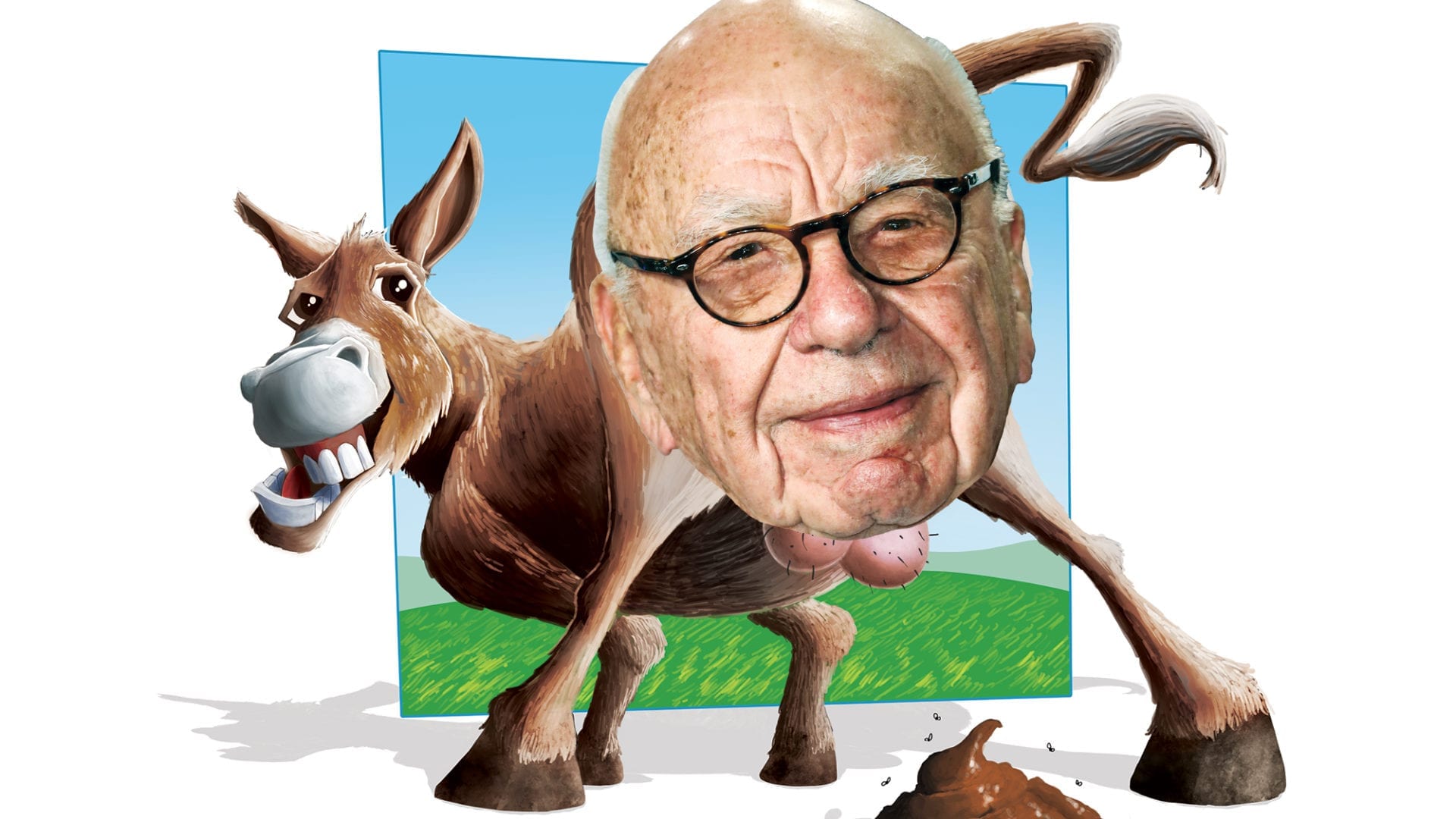 If our world seems polarized and riven by hostile partisanship and racial animosity, with crank wingnut fanatics flourishing here and abroad, we can thank the supreme godfather of it all, the Crocodile Dundee of gutter journalism—Rupert Murdoch.

Rupert didn’t invent yellow journalism, but he refined it into a slick art and built a colossal, mega-profitable media empire with it. According to Encyclopedia Britannica, yellow journalism, aka tabloid journalism, is “the use of lurid features and sensationalized news in newspaper publishing to attract readers and increase circulation.” Rupert is credited with reinventing the modern tabloid via broadcast media with his flagship propaganda network Fox News.

Much like the privileged White House occupant that he helped to elect, Rupert was born with a leg up on life, inheriting a chain of Australian newspapers started by his father, Keith Murdoch. He soon parlayed that silver spoon into a global empire, engulfing more newspapers in Australia, New Zealand and the U.K. before setting his sights on the U.S., buying up the San Antonio Express-News first, then the New York Post, Boston Herald, Wall Street Journal, National Geographic and publisher HarperCollins. His Star TV satellite network broadcasts across Asia, from India to Japan (but not China). All of his entities drive the same intolerant, xenophobic, government-is-evil, pirate-capitalist, nationalist ideology, with a heavy dose of fear-mongering and demonization of anyone to the left of Genghis Khan.

On every continent where he operates, Murdoch has employed the same cunning strategy: He throws his weight behind a certain politician, who, if elected, pays him back by gutting antimonopoly regulations so he can gobble up more media outfits. After helping Margaret Thatcher win as U.K. prime minister, she allowed him to acquire the Times of London in violation of British antimonopoly regulations. After helping Ronald Reagan win New York in the 1980 election, Reagan waived a prohibition against owning a TV network and newspaper in the same market. Murdoch quickly took advantage.