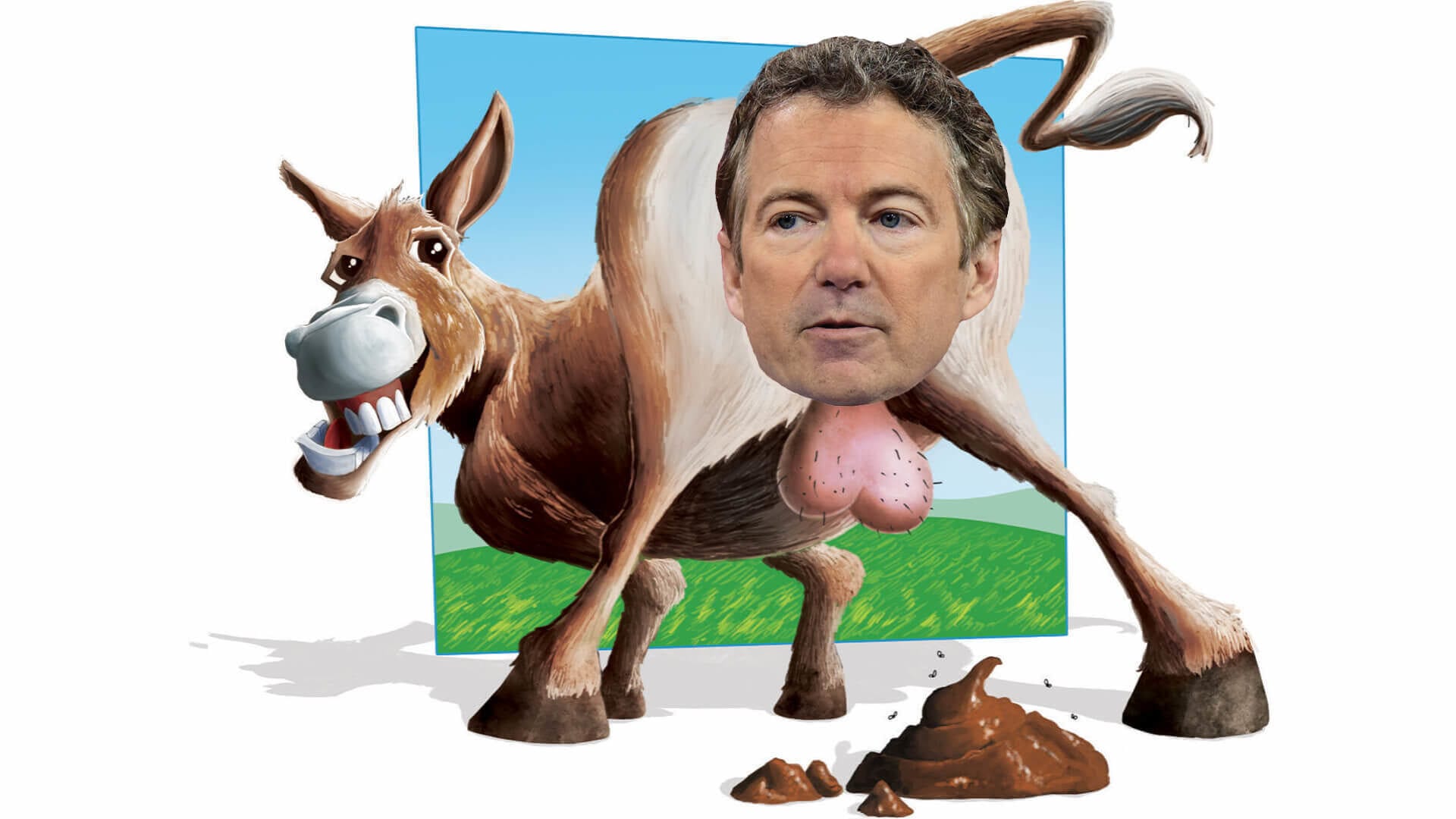 Libertarians are a strange lot. If you were to bioengineer a hybrid creature, half elephant and half donkey, that would be the perfect mascot for a true libertarian: about half conservative and half liberal. You might find yourself agreeing with them on a lot of things, but then they do something absolutely batshit crazy.

The country’s leading libertarian voice—now that his father, Ron Paul, has retired from Congress—is Rand Paul, the junior senator from Kentucky. He is officially a member of the Republican Party, meaning he leans more right than left on the libertarian scale. But ever since the Orange Dumbass has been misleading the country, Paul has been doing more of the batshit-crazy act.

Like throwing the brakes on a new federal law that would make lynching a hate crime. He says lynching should be “universally condemned,” but objects to language that is too broad, he says, allowing “altercations resulting in a cut, abrasion, bruise or any other injury no matter how temporary to be subject to a ten-year penalty.” Well, maybe these objections are sincere, but considering that an estimated 4,000 African-Americans were lynched from 1877 through 1950, and that Congress has failed to pass anti-lynching laws 200 times since 1882—usually with some “minor objection” as the pretext—and that the country has been rocked by massive protests over the murder of George Floyd and others by police…maybe these quibbles are not very timely or important, to say the least.

In 2010 Paul gave an interview with the editorial board of The Courier-Journal voicing opposition to parts of the landmark 1964 Civil Rights Act that he thought were too overreaching and impeded the rights of private business owners—like racist restaurants that refused service to black people. No, it was up to local communities to stop this kind of discrimination, not the federal government, said Paul. Right. Deep in the heart of Dixie, some small redneck town is going to pass its own municipal Civil Rights Act protecting the rights of minorities to go to movie theaters, grocery stores, nightclubs and any other private venue they choose? In the heart of lynching country? Not damn likely, Rand. He says boycotts are the tool to use. Unfortunately, boycotts did not end this kind of vile discrimination, not even long after the Emancipation Act and Civil War—it was only the federal government that finally ended legalized apartheid in America.

Find this article and more in HUSTLER Anniversary 2020