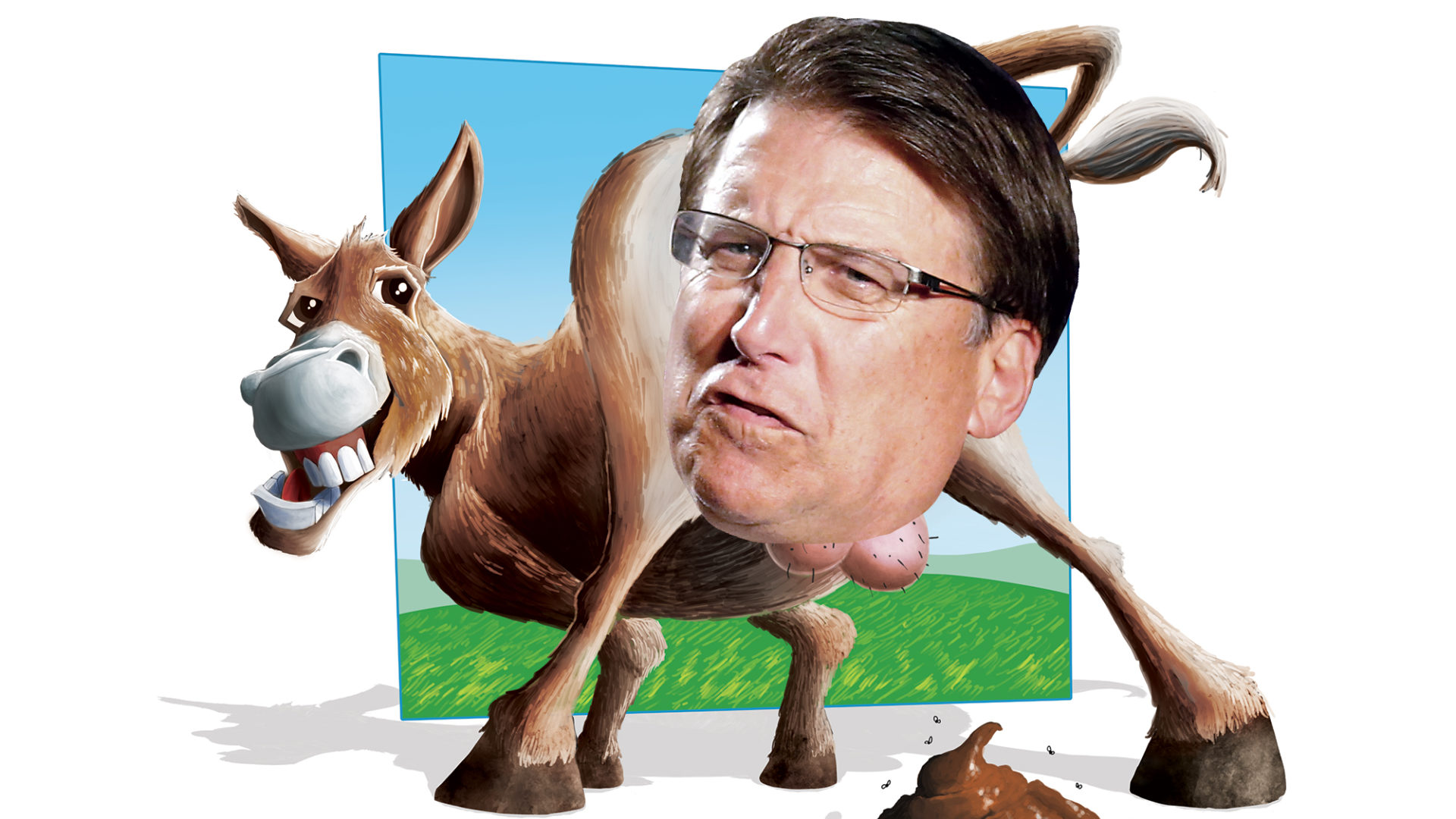 The current governor of North Carolina, Pat McCrory, has been stewing in a vat of global vilification ever since he signed off on the state’s notorious HB2 law that forbids cities from passing LGBT anti-discrimination ordinances.

The backlash has been titanic: Over 100 major corporations have denounced the bill; cities from Durham to Raleighto Greensboro have forfeited millions from lost conventions and tourism; PayPal and Deutsche Bank revoked plans to expand operations in the state, costing 650 new jobs; and performances have been canceled by everyone from Bruce Springsteen to Cirque du Soleil. The Charlotte Regional Visitors Authority has projected the losses to be a whopping $86 million through 2020 if the law is not rescinded.

Author and singer Henry Rollins summed up the shitstorm: “The truth is that no one cares what his name is. He will be dimly remembered as the asshole who signed that fucked-up bill that embarrassed the majority of North Carolinians.” Congratulations, Pat! You’ve joined the elite club of dickwad GOP governors who’ve bankrupted their governments and wrecked their economies after promising to run them “like a business.” Too bad the business model was a mixture of Enron, Lehman Brothers and Bernie Madoff.

McCrory rammed through HB2 in a special legislative session in reaction to the Charlotte city council passing an anti-LGBT-discrimination ordinance earlier in the year. Charlotte is one of the more progressive cities in the South, with Democrats and independents outnumbering Republicans three to one. Ironically, Charlotte’s longest-serving mayor was none other than McCrory himself, who served from 1995 to 2009 as a moderate Republican.