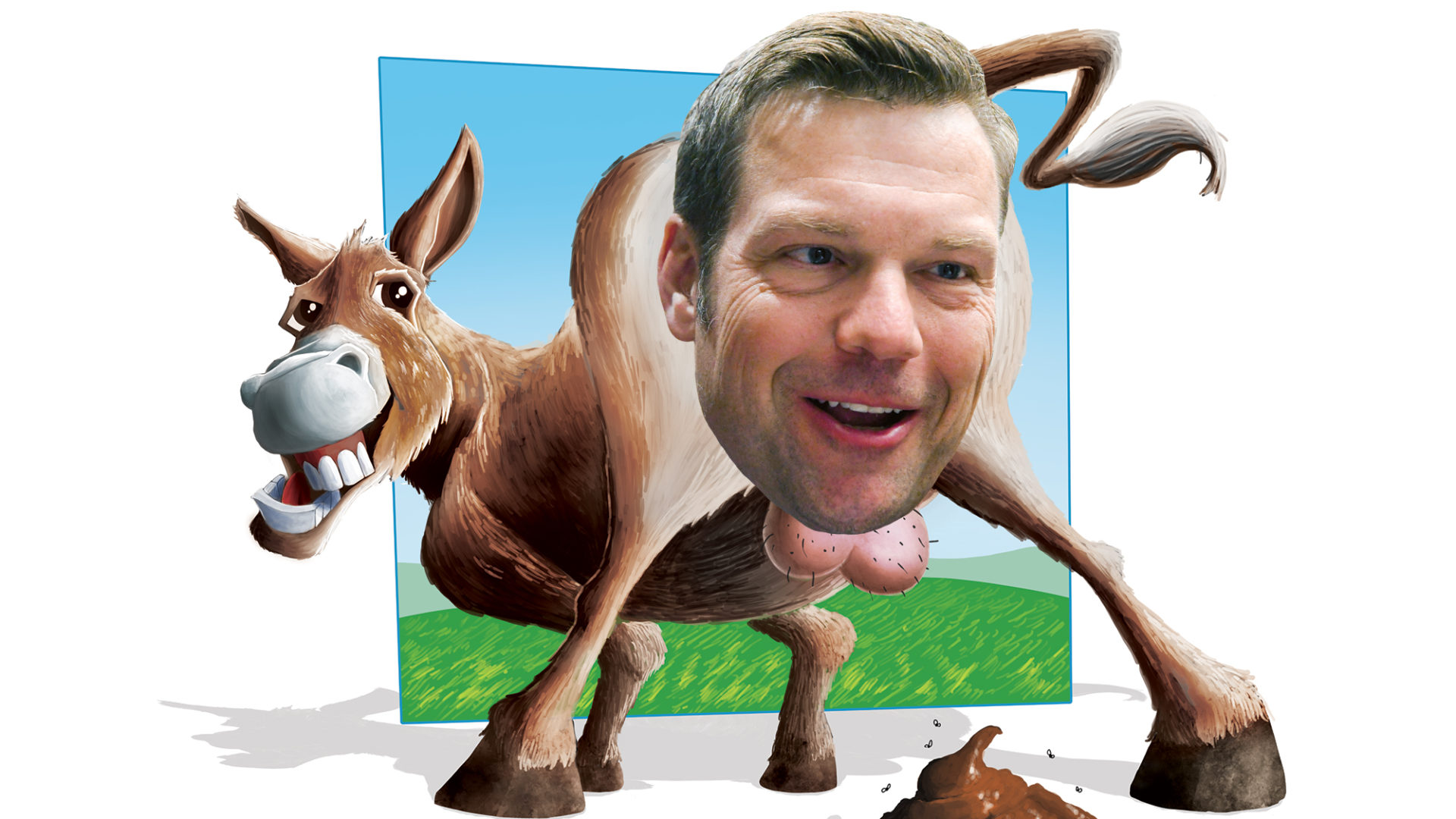 Times seem bleak for progressives right now, with the GOP triumphant in the House and Senate and a seriously unstable egomaniac running the whole show. But the Republicans know that this is really a one-off. Demographic trends spell a near-certain reversal of fortune and unavoidable Democratic dominance within the next decade. The country is becoming more ethnically diverse, and that diverse population is clearly not welcome at the all-white-male GOP country club. Meanwhile, a majority of millennials actually favor socialism over capitalism in the polls. Horrors! As Joe McCarthy spins in his grave, his successors grasp for desperate measures to stem the tide.

Enter Kansas secretary of state Kris Kobach, now promoted to Trump’s Presidential Advisory Commission on Election Integrity. Kansas is where Governor Sam Brownback created a disaster worse than Dorothy and Toto’s twister: Like the freemarket fundamentalism that botched the Iraq war reconstruction, Brownback’s revolution not only devastated government services with massive corporate tax cuts, it did nothing to spur the promised private sector boom! Topeka didn’t exactly become Baghdad, but Kansas’s growth rate fell to nearly last in the nation.

As secretary of state, Kobach’s contribution to Kansas was crafting the nation’s most oppressive voter registration laws, all to cure the great national epidemic of “voter fraud”—a nonexistent problem that obsesses the right-wing nut crowd. Of course, the real scandal is that so few Americans bother to vote at all. We should draft laws to encourage, not deter them.

That “voter fraud” is a complete fraud in itself was actually demonstrated inadvertently by Kobach. The law he rammed through the Kansas legislature required voters to provide documentary proof of citizenship, such as a birth certificate or passport. Many people born in the U.S. do not possess their birth certificates; they may be stored somewhere in their mother’s dusty attic in another state or lost. And many Americans have never traveled abroad and therefore never acquired a passport. This applies especially to young people, who now overwhelmingly favor progressive political candidates.