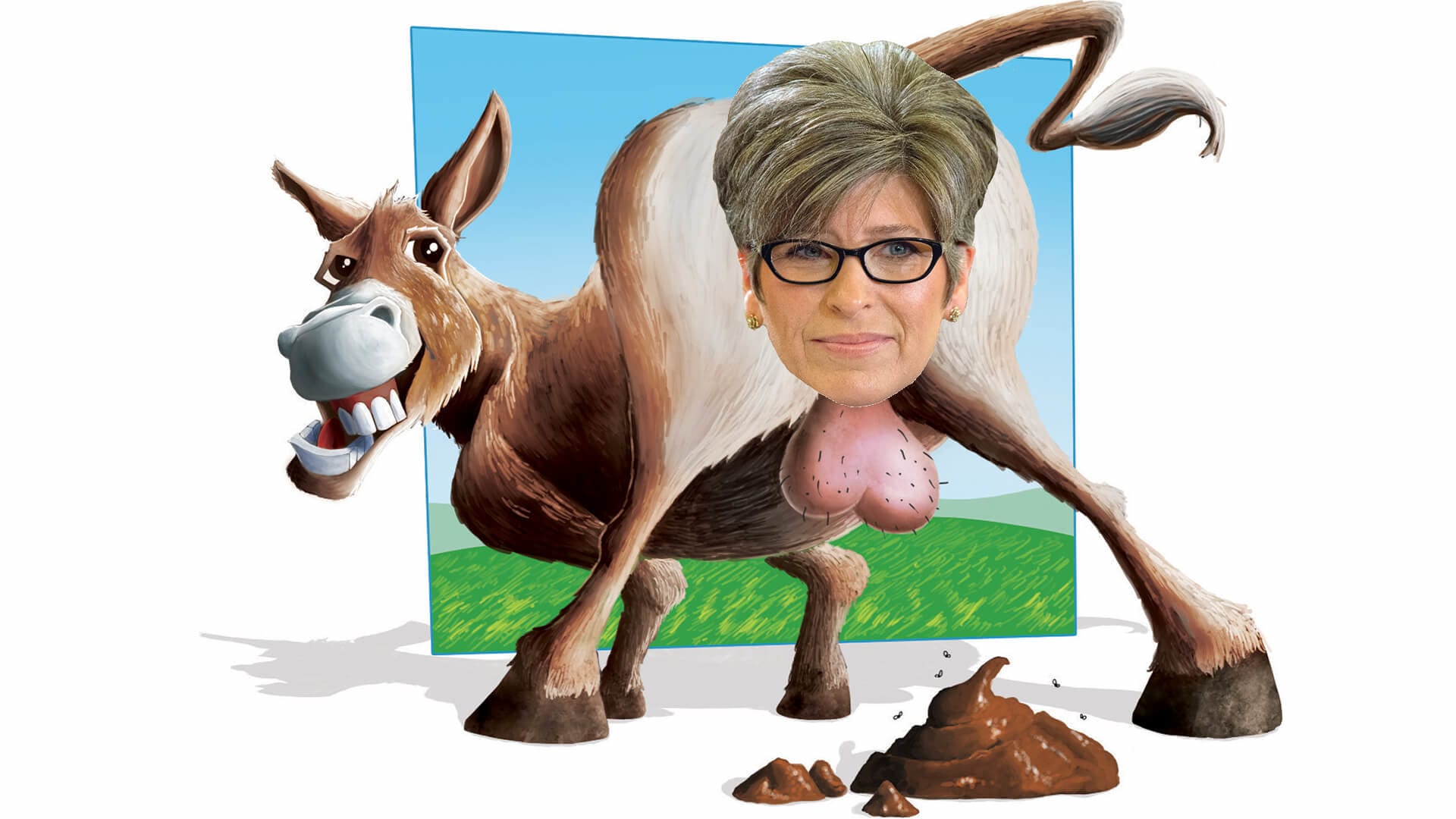 In the fourth grueling year of Trump’s reign, many Republicans have finally come around to admitting that the man is an idiot and jackass unfit for office. Jeff Flake, Ann Coulter, John Bolton, George Conway and two groups— the Lincoln Project and Republican Voters Against Trump—among others, have made the case recently. But some diehards cannot stop guzzling the spiked orange Kool-Aid. They just can’t get sober, no matter how many interventions their fellow conservatives stage.

One of the drunkards is the junior U.S. Senator from Iowa, Joni Ernst, who has voted for Trump’s agenda 91% of the time. (She is now being targeted for defeat by the Lincoln Project.)

How tanked is she? In 2014 she criticized Obama’s “failed leadership” in the Ebola outbreak, an epidemic that started in West Africa. Obama quickly deployed 3,000 American troops there to contain it, and there was a grand total of 11 confirmed cases and two deaths in the U.S. But with over 130,000 Americans dead from COVID-19 by July of this year, Ernst denied any “failed leadership” by Trump in the pandemic that he completely ignored and downplayed in the crucial early stages. No, she said, “Generally, I feel [Trump has] done a very good job. He was right on it from day one prohibiting travel from certain countries and so forth.” Now she says Trump is still “stepping forward” successfully. Correct—stepping forward into a giant pile of elephant dung that now seriously threatens his reelection. And Ernst tells us, It ain’t shit; it’s shinola! In 2014 she even told a crowd that Obama had “become a dictator” who should be impeached. Yet she voted to acquit Trump on both articles of impeachment. One hundred thirty thousand dead Americans versus two—can you do math, Joni?