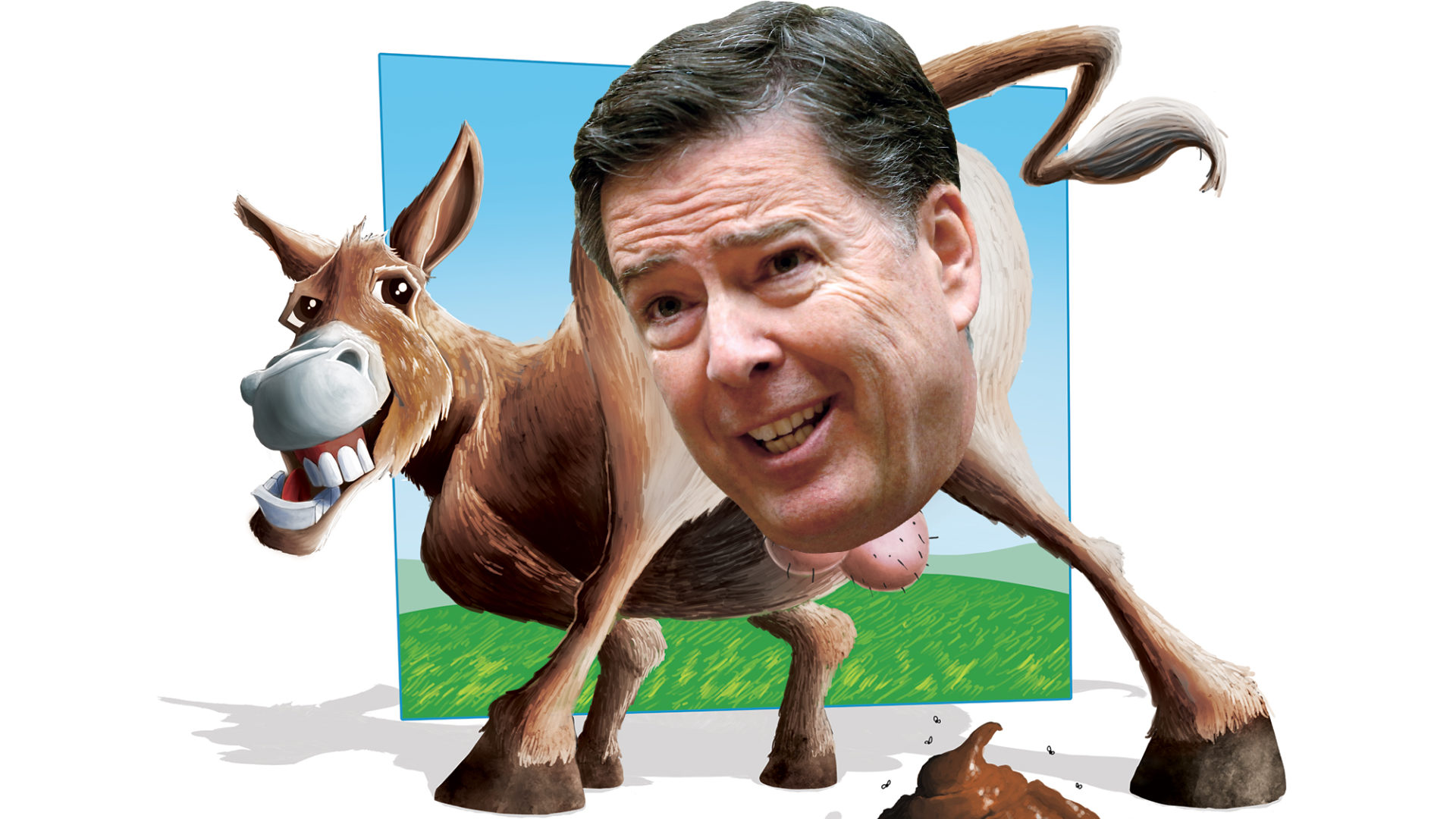 Poor James Comey—the FBI director was hated first by the Republicans, then the Democrats and now by much of the country after his spectacular intervention in the final weeks of the election shocked the world and helped an ignorant buffoon ascend to the highest office in our land.

Last July Comey declined to file criminal charges against Hillary Clinton over her imprudent use of a private email server to conduct State Department business, sending conservatives into a hissy fit. They were sure that this molehill of a scandal could force her out of the Presidential race. The fix was in, Trumpites claimed; Comey had succumbed to political pressure! But his decision wasn’t political— it was based on strict obedience to the law that really gave him no other choice. “I think she was extremely careless,” he explained. “I think she was negligent. That I could establish. What we can’t establish is that she acted with the necessary criminal intent. ‘Should have known,’ ‘must have known,’ ‘had to know’ does not get you there.”

It’s clear that Clinton honestly did not believe any of the emails were sensitive; they did not have “classified” headers, and the “C” markings before some paragraphs were buried in millions of words of text sent and received by over 300 people she was communicating with, most of them experienced State Department employees who never suspected a problem either. “Do you really believe there are 300 career diplomats— because that’s how many people were on these emails —all of whom were careless with national security? Do you believe that?” Bill Clinton asked. Well, nobody without an ax to grind believed it.

But if you can’t convict people under the law, you can convict them in the court of public opinion, smothering them under a media shitstorm of suspicion. So 11 days before November 8, 2016, Comey announced that he was resurrecting the rotten corpse of the investigation because he had found more emails on the laptops of Clinton aide Huma Abedin and her dick-photo-texting estranged husband Anthony Weiner. Bombshell! The press exploded. Then, 48 hours before the election, Comey confessed what any idiot could have guessed: Nothing new here. Move along. But the damage had been done in the public mind.