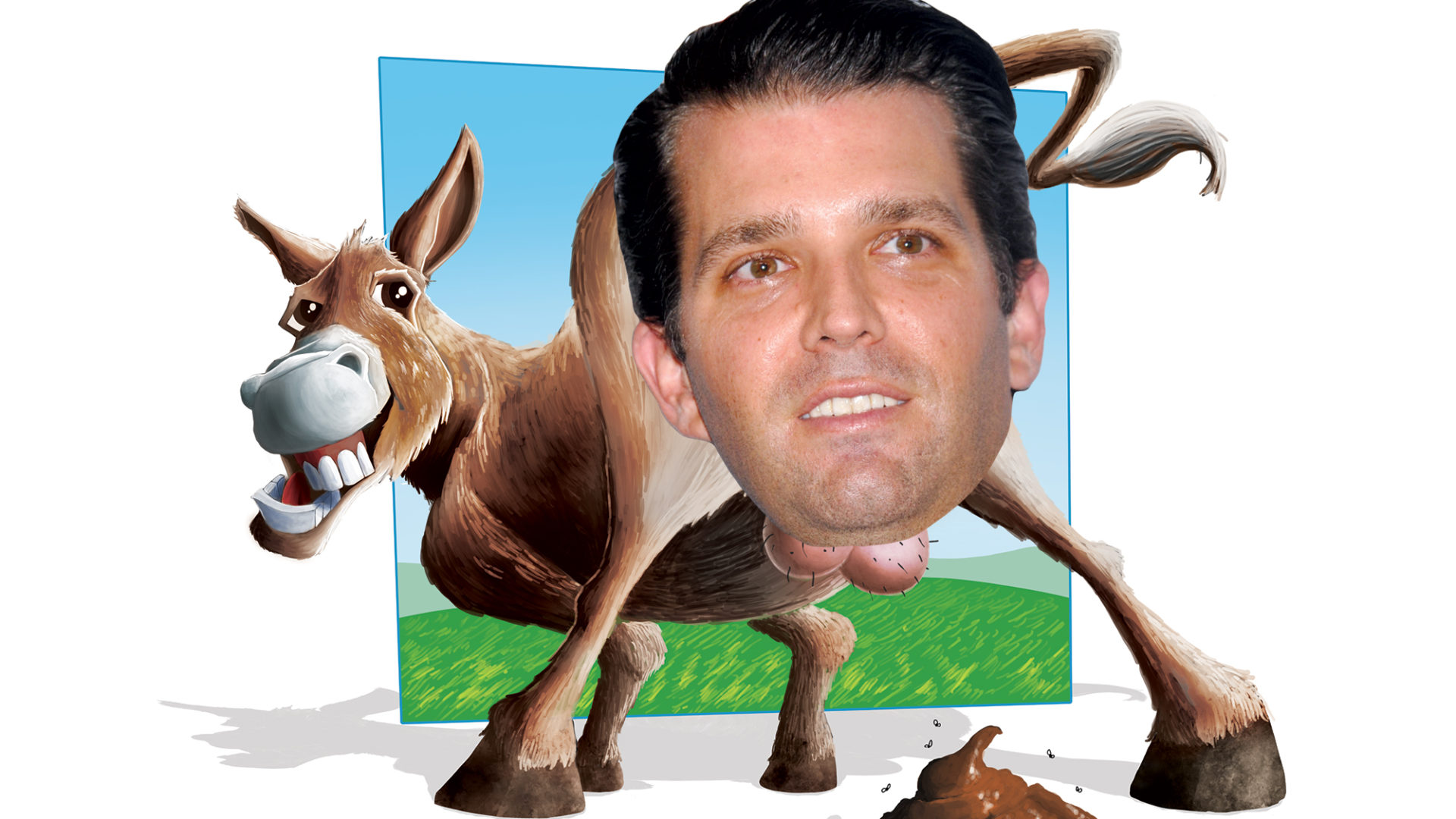 As if one Donald Trump is not enough to trouble the world, we also have to suffer his eldest spawn. Don Junior’s got Senior’s back, ready to whack anybody critical of our constipated Dufus in Chief with his own obnoxious Twitterstorms. And he very likely helped shoehorn Daddy into office by dirty-dealing with the Russians.

In 2016 Junior held a secret meeting in Trump Tower with brother-in-law Jared Kushner, Paul Manafort (indicted in Robert Mueller’s investigation) and Russian lawyer Natalia Veselnitskaya, among others. We only found out about this suspicious meeting when Jared suddenly remembered to disclose it on his revised security clearance form, after conveniently forgetting it the first time. The cover story will make your heart melt: They were just meeting to discuss adoption of needy Russian children by Americans! But then Junior blurted the real reason in a tweet: They were more interested in dirt on Hillary than Russian orphans.

This shitstorm should definitely lead to public hearings, with even Steve Bannon calling the meeting “treasonous” and “unpatriotic.” Bannon added that investigators were “going to crack Don Jr. like an egg on national TV.” Democrats led by Dianne Feinstein promised to get Don Jr. to testify in public “come hell or high water,” but Republican lawmakers have blocked numerous attempts to shine a light on the rats scampering in this sewer.