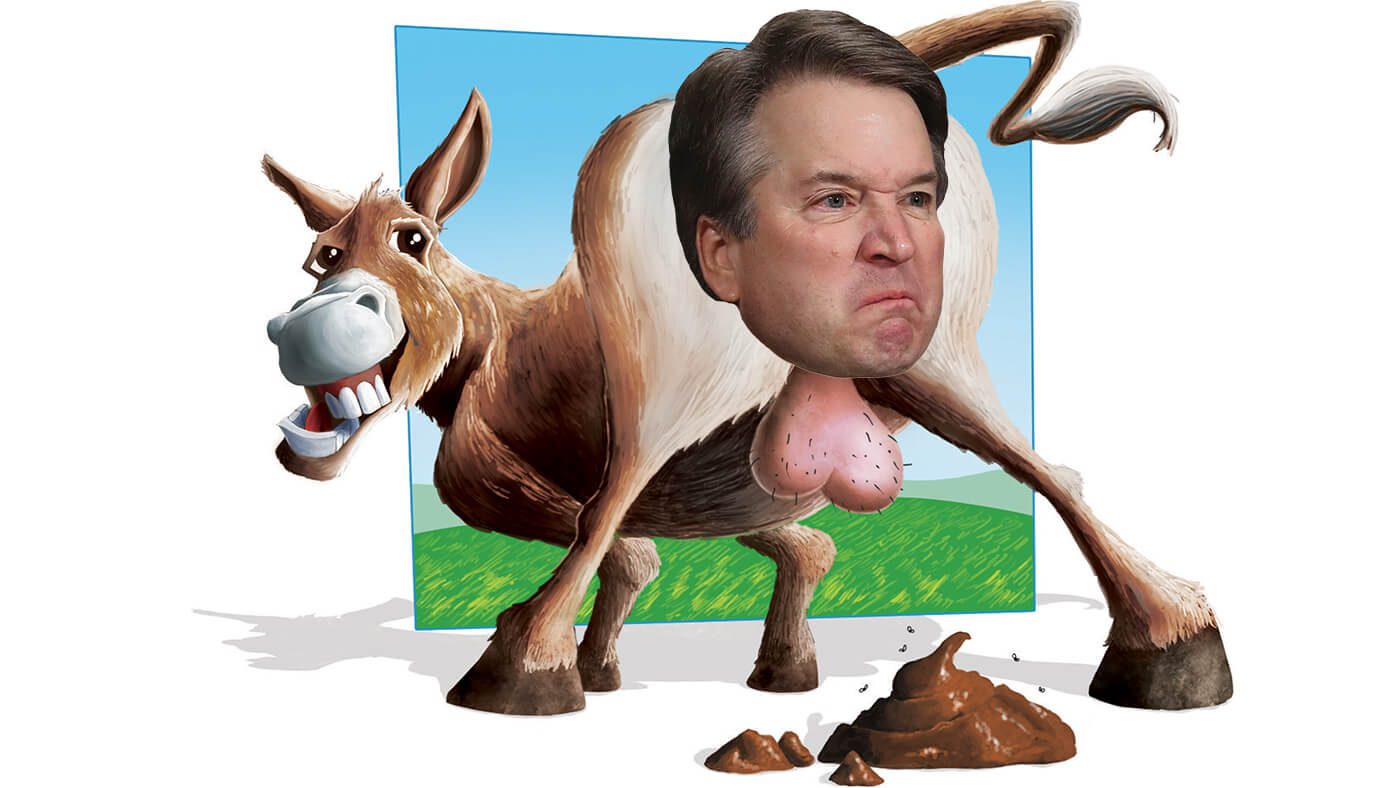 Ever since Chief Justice Earl Warren presided over the Supreme Court’s great expansion of civil rights laws in the 1960s, conservatives have been bitching about so-called “activist” liberal judges taking over the role of Congress in deciding how the nation should be governed. The judges should just abide by the strict letter of the Constitution, they say, and not interpret it for modern times. But this philosophy is conveniently ditched when an activist conservative judge appears—like new Supreme Court Justice Brett Kavanaugh, appointed in 2018 by Donald Trump. Then it’s damn the torpedoes, legislate our backward agenda from the bench, please!

The first thing to know about this wingnut is that he’s a blue blood, without a clue about the often difficult lives that lesser mortals live. He was born in the capital, Washington, D.C., raised next door in tiny Bethesda, Maryland, and attended the elite Georgetown Preparatory School before matriculating at Yale as an undergrad (where his paternal grandfather went), then graduating from Yale Law School. He wasn’t born with a silver spoon, but with a silver ladle in his mouth!

After law school Kavanaugh apprenticed as a law clerk for federal judge Walter King Stapleton, who wrote the majority opinion in Planned Parenthood v. Casey in 1992, upholding many of Pennsylvania’s abortion restrictions. The die was cast right there—cast hard right. After a couple of years in private practice, he joined Kenneth Starr as associate counselor during Starr’s infamous impeachment farce against Bill Clinton. In this role, Kavanaugh argued and lost his one and only case before the Supreme Court, pleading to disregard attorney-client privilege in the investigation of Clinton aide Vince Foster’s death; the vote was 6–3 against him. While he was authoring most of the Starr Report that advocated for Clinton’s impeachment, Brett actually wrote a memo that pushed Starr to pepper Bill with explicit, sexually graphic questions about his affair with Monica Lewsinksy. Had Starr used his questions, countless schoolchildren would have been pestering their parents for the meaning of the word “blowjob.”