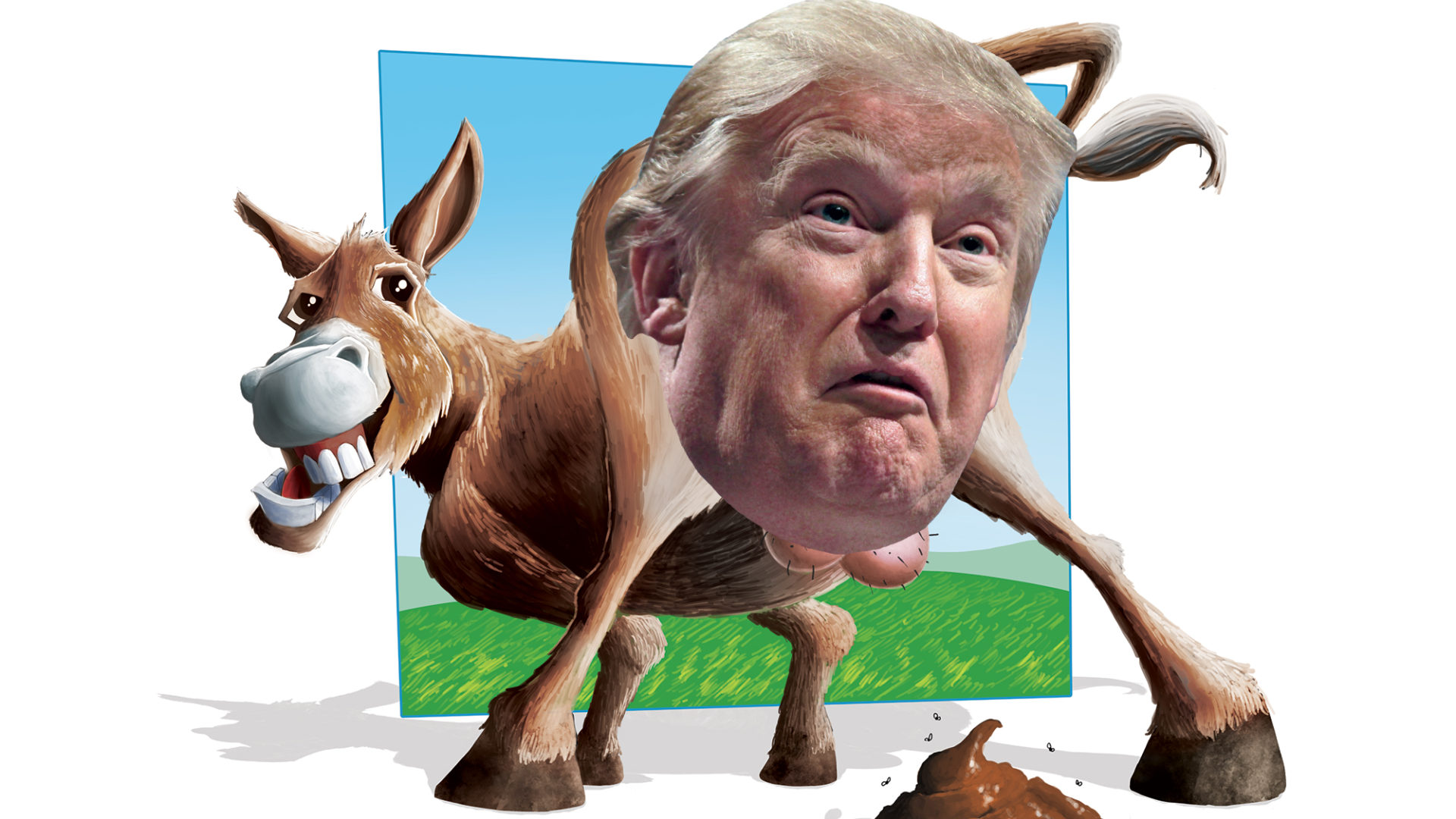 Donald Trump has shocked the nation by leading the dense pack of contenders for the Republican Presidential nomination, prompting even the anointed candidate of the GOP establishment, Jeb Bush, to allegedly call him a “buffoon,” “clown” and “asshole.”

It’s not hard to understand Trump’s appeal: For an electorate long weary of the mealymouthed evasions and politically correct platitudes of stage-managed professional politicians, Trump comes across as a breath of fresh air: brash, uninhibited and unapologetic, always ready to blurt out what’s on his mind without a second thought—or any thought whatsoever.

And that’s the problem. Occasionally, he utters some truth that others dare not broach, like his insistence that, yes, George W. Bush’s dereliction of duty in the White House was partially responsible for the 9/11 attacks. But for every rare pearl of genuine wisdom, there is a glut of astoundingly ignorant, offensive and dead-wrong effusions that would be laughable if not taken seriously by his equally uninformed supporters. Jeb Bush’s assessment is not just sour grapes; by any measure, the man is a xenophobic, racist, sexist, egomaniacal, gibbering idiot pandering to the lowest common denominator.

We’ll start with his blatant contempt for women. When Fox News anchor Megyn Kelly challenged him in the first GOP debate—“You’ve called women you don’t like ‘fat pigs,’ ‘dogs,’ ‘slobs’ and ‘disgusting animals.’”—Trump later responded, “You could see there was blood coming out of her eyes, blood coming out of her wherever,” implying that her menstrual period was responsible for the tough questioning, not a legitimate concern about his repugnant chauvinism. He also insulted Carly Fiorina and Arianna Huffington because they don’t look like beautiful bimbos, and had this to say about his nemesis Rosie O’Donnell: She’s “disgusting—both inside and out. You take a look at her, she’s a slob. She talks like a truck driver. She doesn’t have her facts, she’ll say anything that comes to her mind.” Has the pot ever so baldly called the kettle black? With his bizarre comb-over mop fluttering over his forehead and his incessant fishlike lip puckering, Trump is no Adonis, while his acquaintance with relevant facts and ability to control his impulsive mouth are barely above that of the average third-grader.

Find this article and more in HUSTLER May 2016