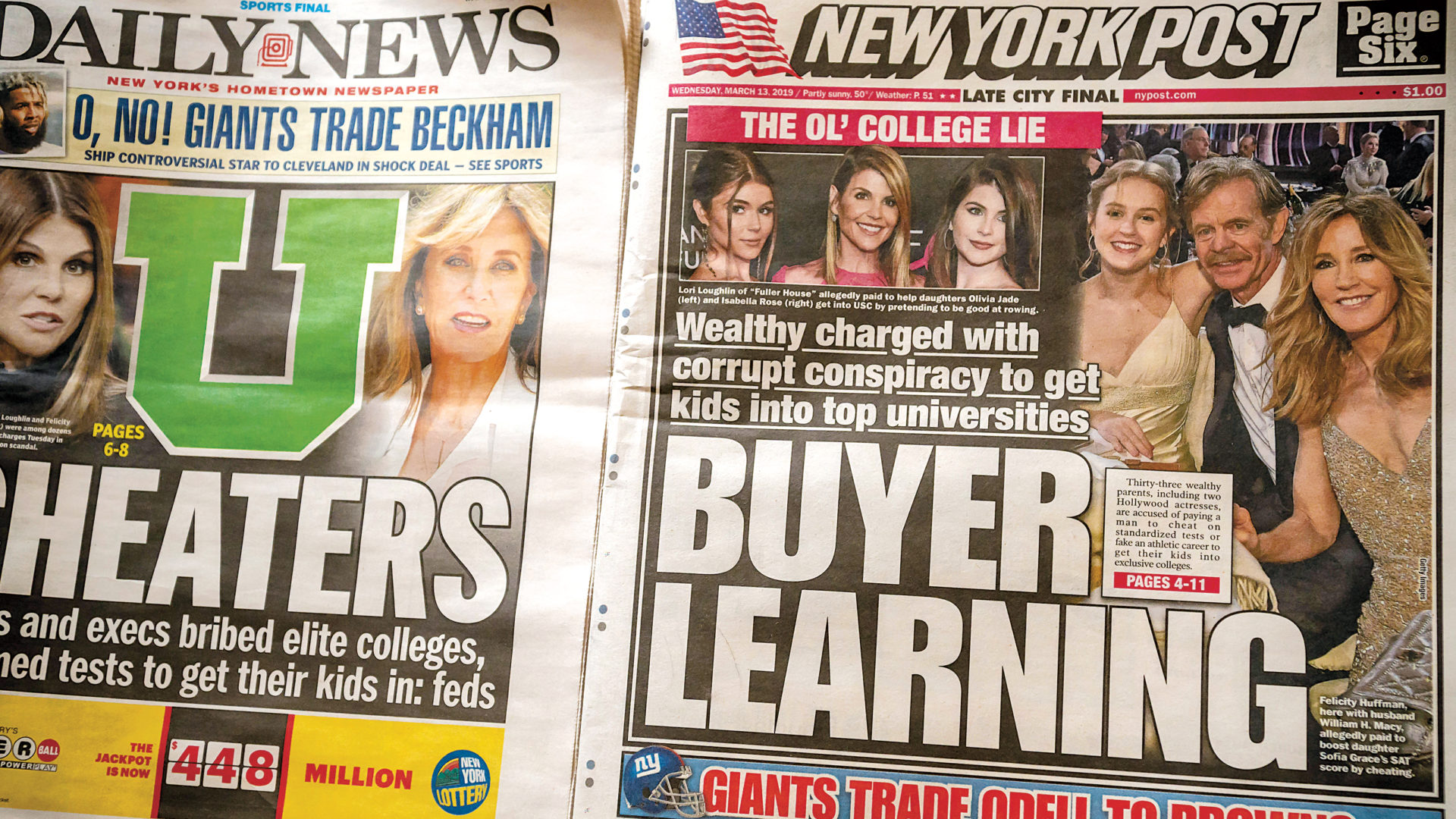 SANTA MONICA, CA—In the wake of the college admissions scandal, in which 50 people were charged on multiple counts of bribery and fraud, many Americans have found themselves wondering, Duuuuuuuuuuuuuuuuuuh. You gonna eat that?

“‘You gonna eat that?’ indeed,” says Dr. Tilma Soil, renowned Hot Pocket researcher at the University of Phoenix online. “Many idiots are just now waking to the reality that the rich and famous in this country have normalized a culture of corruption and unearned accomplishments, ranging from college admissions to the actual writing of laws themselves.”

“That’s not always the case,” demurs Dr. Sven Wormwood, a researcher at the American Enterprise Institute and obsequious suckass who hopes to one day be fuck-you rich. “These families worked hard to inherit their fortunes. And in some cases these notable actresses put in up to three hours a day, for several months a year, often with ethnic crew members! They deserve to have some geek rock the SATs for their lazy, smooth-brained children.”

Research has shown that corruption has risen to levels unseen in this country since the Gilded Age. One report from Princeton has suggested that the United States is no longer a functioning democracy but rather a full-fledged oligarchy. “The college scandal is a bit of piss,” says Dr. Soil. “We’re reaching the culmination of a decades-long campaign by the likes of the Koch brothers, the Mercers, etc., to buy local politicians, lobby state and federal legislators and even create front groups to literally write laws that will benefit the wealthy directly through regressive taxation and business deregulation. Don’t even get me started on the legal system.”

“She’s just a poor, jealous bitch who lacks the gumption to pull herself up by the bootstraps,” says Wormwood. “Besides, that Princeton report was probably written by some celebrity’s idiot crotch-fruit who bought their Ph.D. where I bought mine.”